When gearing up for the biggest adventure of our lives (so far), the most common question asked was, “Where are you going first?” We would look at each other, shrug, and respond with a simple, “We don’t know yet!” We had a set-off date but no initial destination. This was hard for a lot of people to understand. They couldn’t believe we didn’t have a plan or a route mapped out. Maybe this was foreshadowing for the openness and freedom our lives were about to collide with, or maybe it was sheer laziness on our part. Either way, two days before we hit the road, we decided that our first destination was going to be Alaska. Our thought process was that we wanted to start the trip off with a bang and see something we had never seen before. So we went to bed that night feeling beyond excited about exploring a part of our country we honestly never thought we would road trip to. 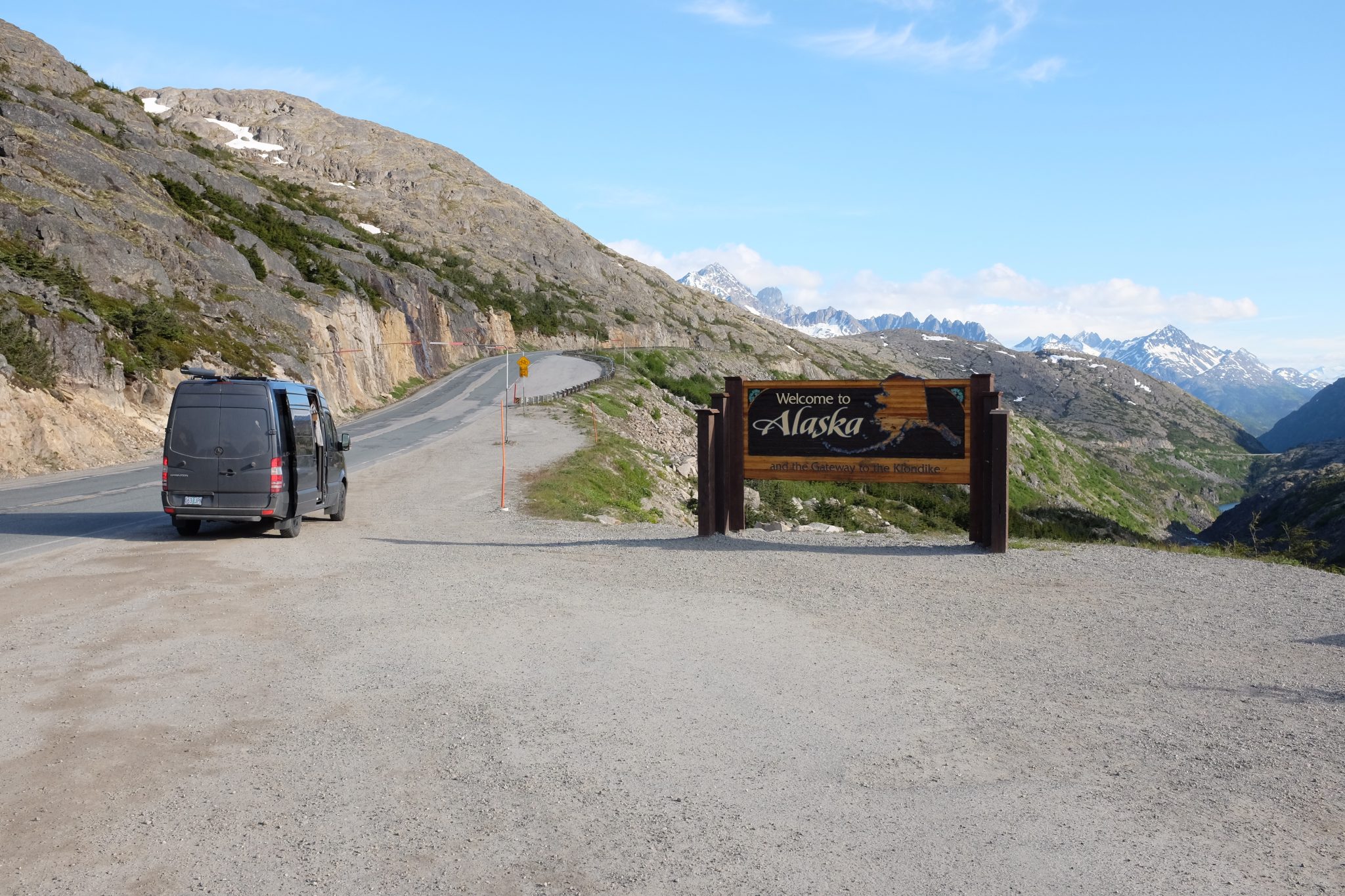 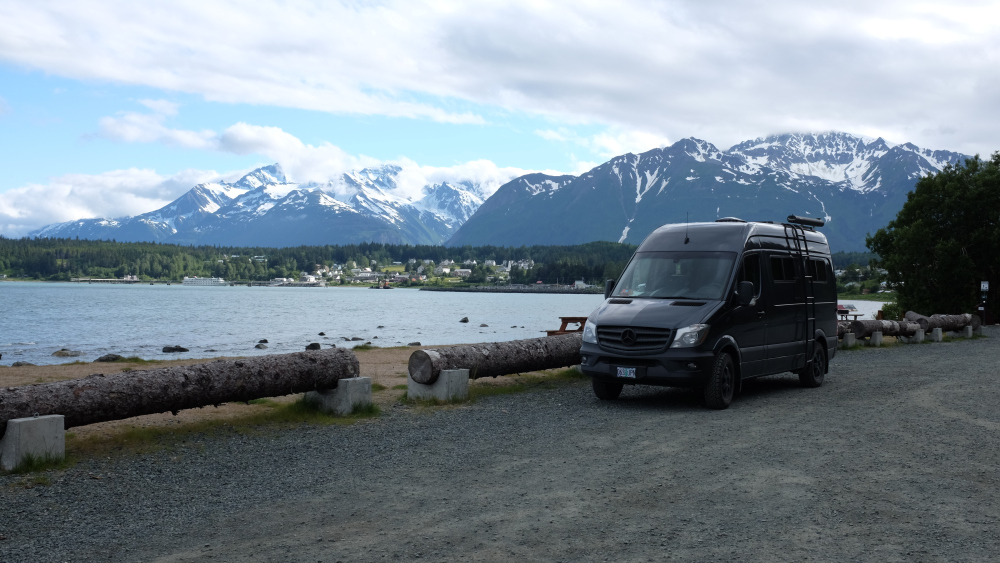 We took our sweet, sweet time getting to Alaska. It took us days to even leave America and enter Canadian territory. Crossing the border wasn’t an issue, although because of the route we chose to take, we had to cross four different borders. We also had a LOT of questions regarding our vehicle, our long-term plans, and our all-time favorite question, “what is your guys’ relationship?” See, we have the same last name, with the exception of one letter. Larsen vs. Larson. Border patrol had a really hard time understanding that we lived in a vehicle full-time and that we weren’t distant cousins of some sort, just a normal couple.

Our route from Portland, Oregon to Alaska:

Some advice along this route is to always fill up your tank whenever you can. Gas stations are sparse along these highways. We stopped every chance we got. There were also numerous signs that read, “last gas for ____ miles”, which was very helpful when planning. We also had a heck of a time finding free camping in Canada, mostly because we were scared of possibly illegally parking while visiting another country. While we usually strictly primitive camp for free, we did end up paying for a site on our way north. 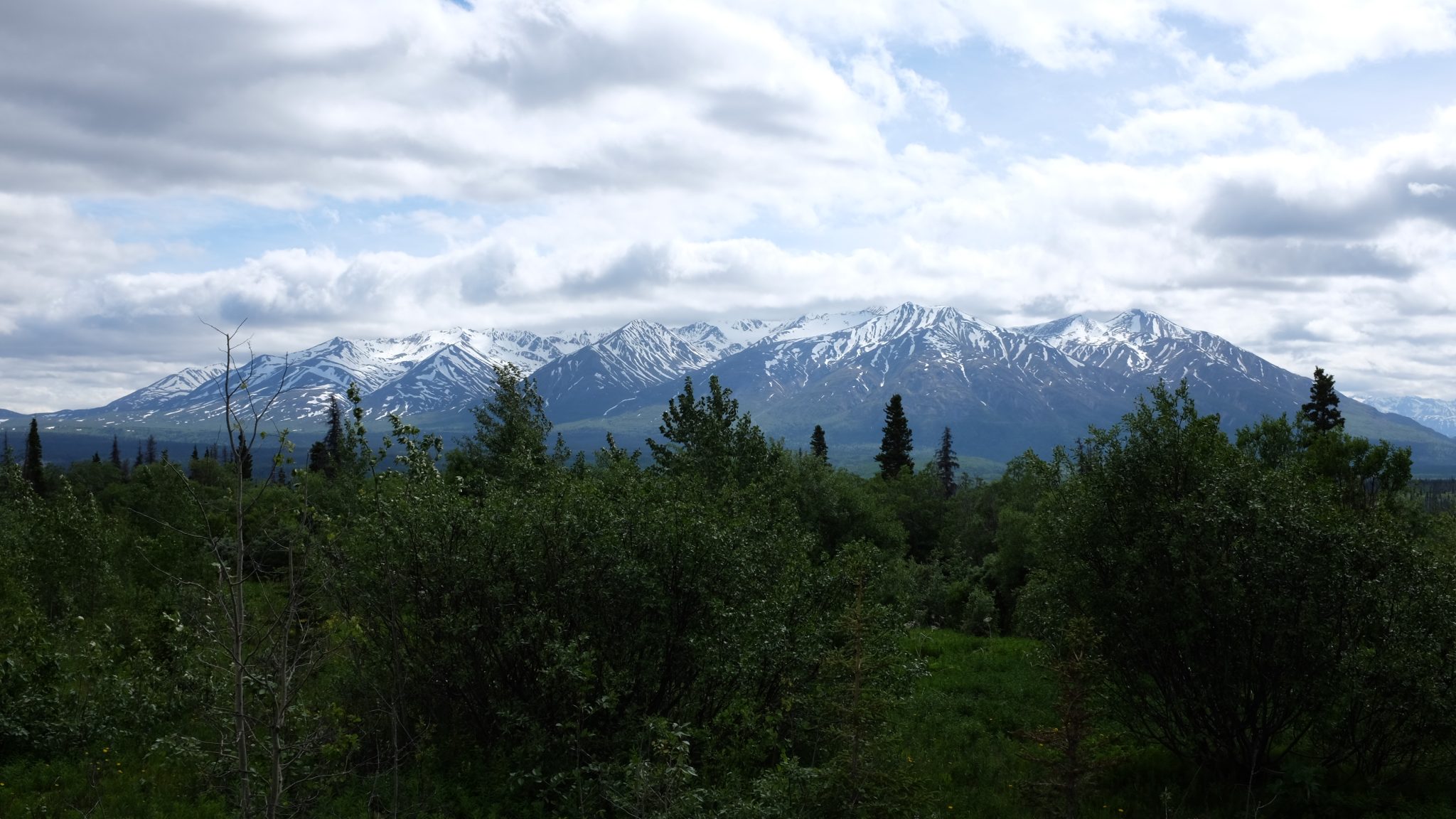 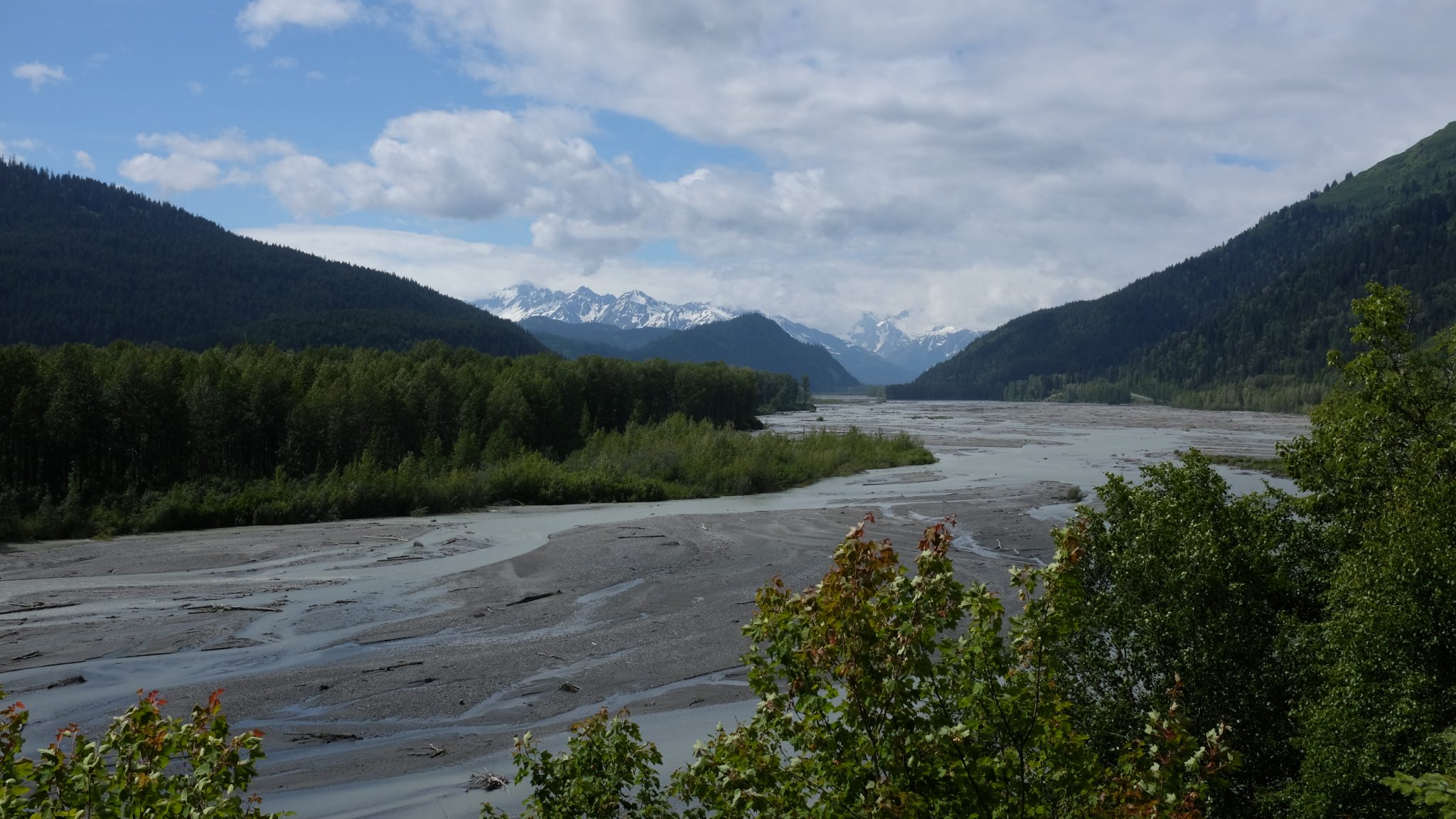 The Alaskan Highway is one of the most memorable roads we’ve driven in the entire country of America. Our favorite way to explain what driving this highway was like includes the story of spotting 16 bears before we even entered Alaska. One of the bears we spotted was sitting upright, criss-cross, eating flowers. Casually. On the side of the road. We have never gotten over that scene and still giggle when we think back on it. 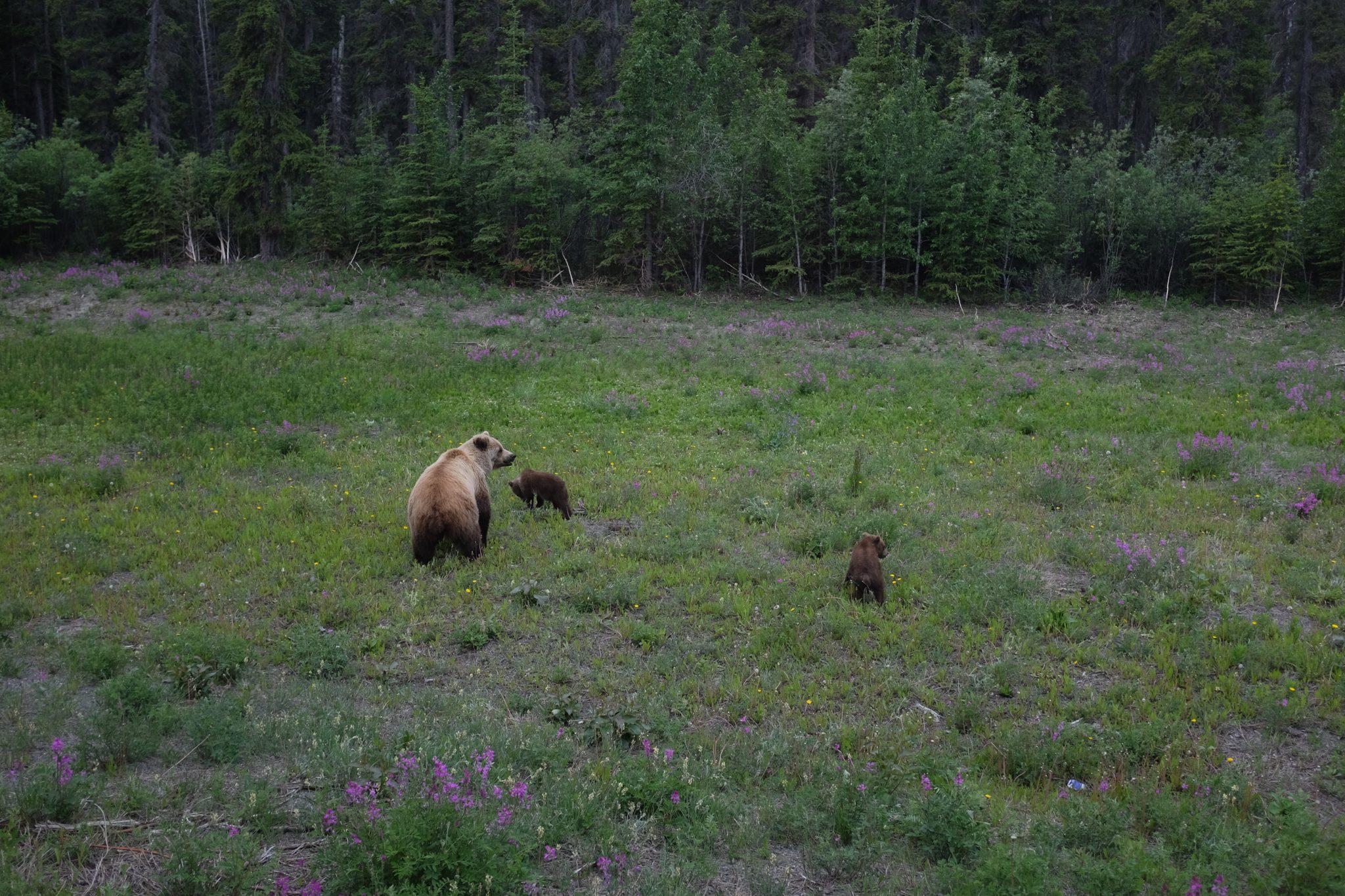 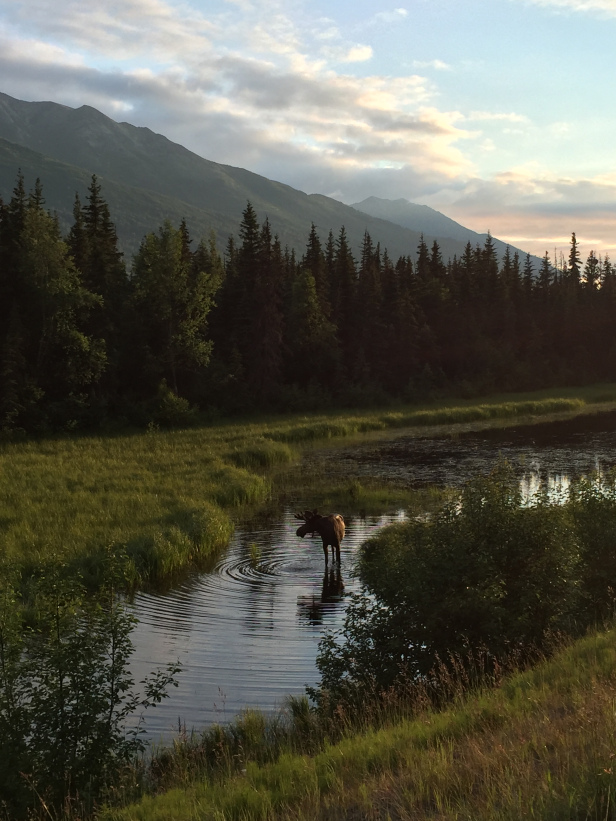 It is also worth mentioning that this is not the most common route we’ve seen people take but it is the route we would take again and again (maybe we’re biased because it’s the ONLY route we’ve ever taken). Entering Skagway, the land literally splits in two with mountain ranges on either side, a beautiful body of water running in the Valley, and an open view of the Ocean in front of you. It ended up being our favorite stretch of road we experienced along the drive to and from Alaska. With a population of around 1,000 people and only one road in and out of the town, Skagway is also a very note-worthy place. We would definitely like to visit again! 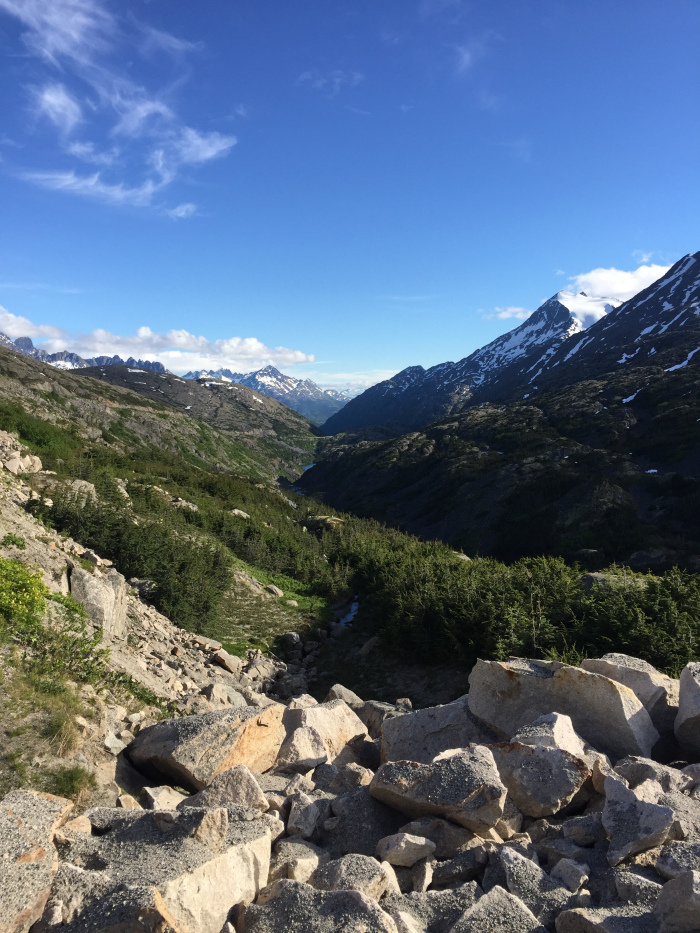 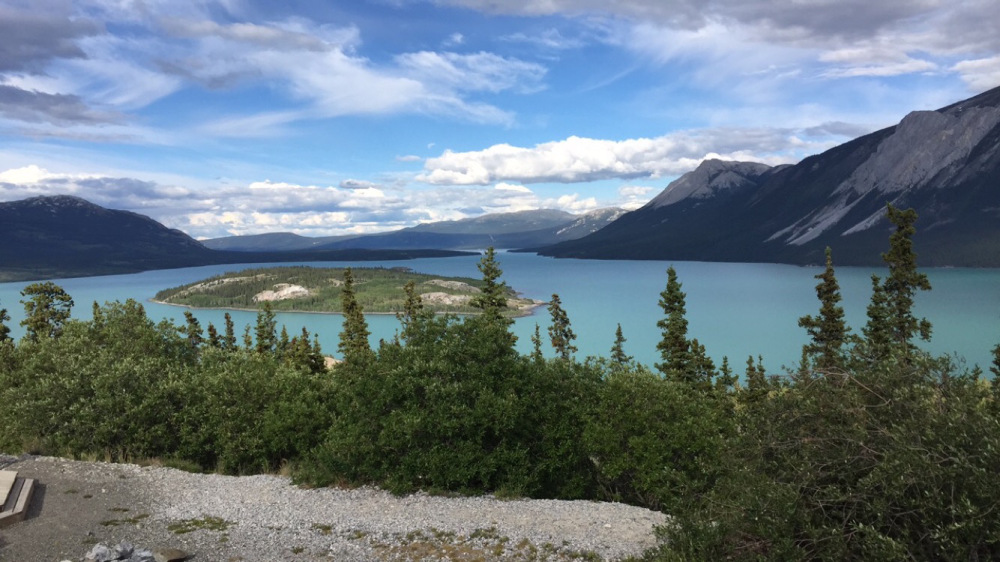 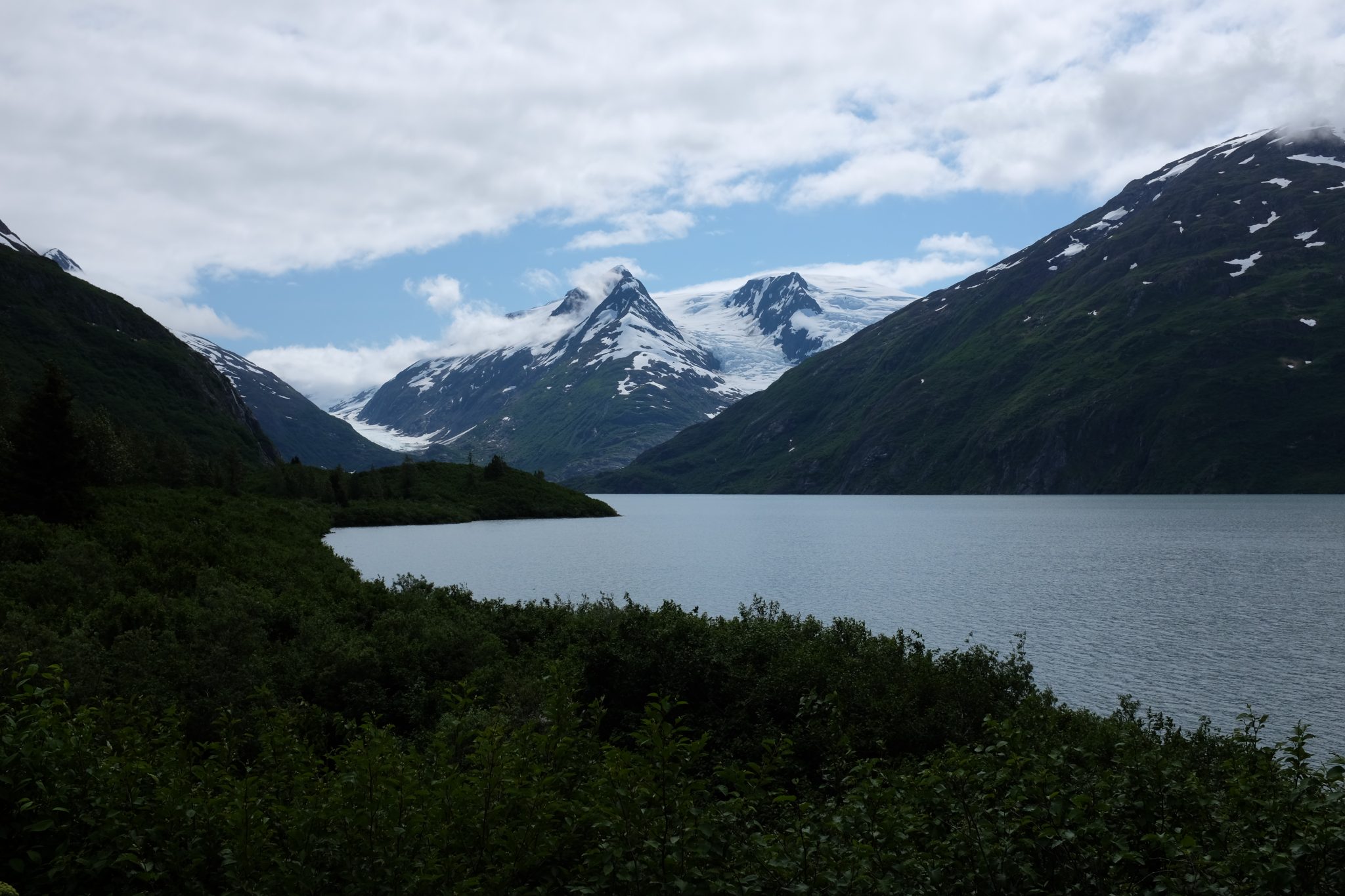 Once we explored the majestic town of Skagway, we had to take a quite expensive, yet short ride, on the ferry to Haines ($124 was a lot for us, especially when unemployed), which was well worth it. This was the only time we got to experience Alaska from the water, viewing mountain ranges, glacier water, open land, etc. Additionally, Haines is an absolutely amazing, unique, tiny town. We stuck out like a sore thumb and were asked where we were from in absolutely every store we visited, but for the most part we were welcomed with open arms. We camped just north of the town at Chilkoot Lake and in the morning, enjoyed fresh ground coffee by the green water while watching a bald eagle fly around overhead. It was one of the most Alaskan experiences we had while exploring the state. 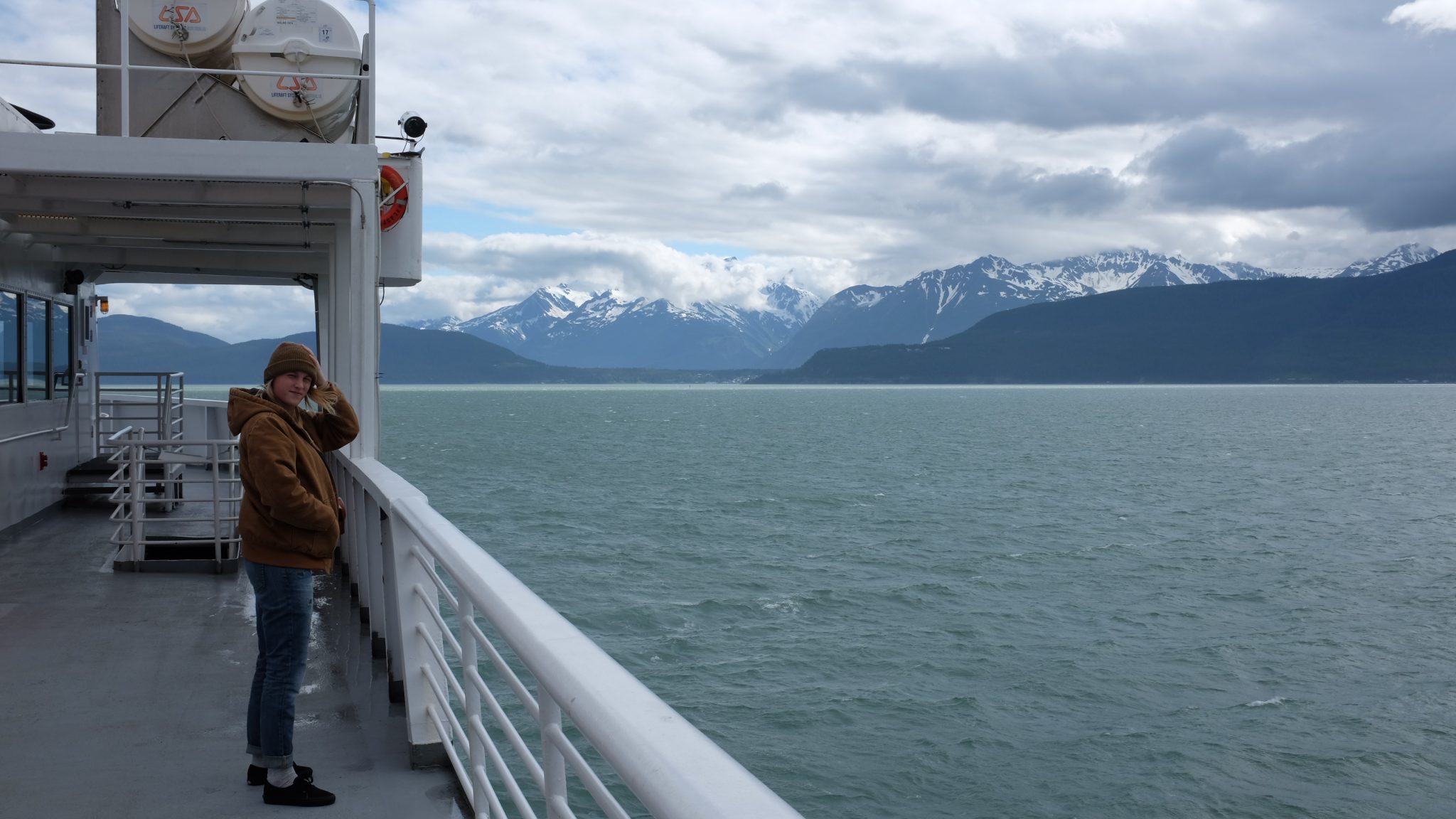 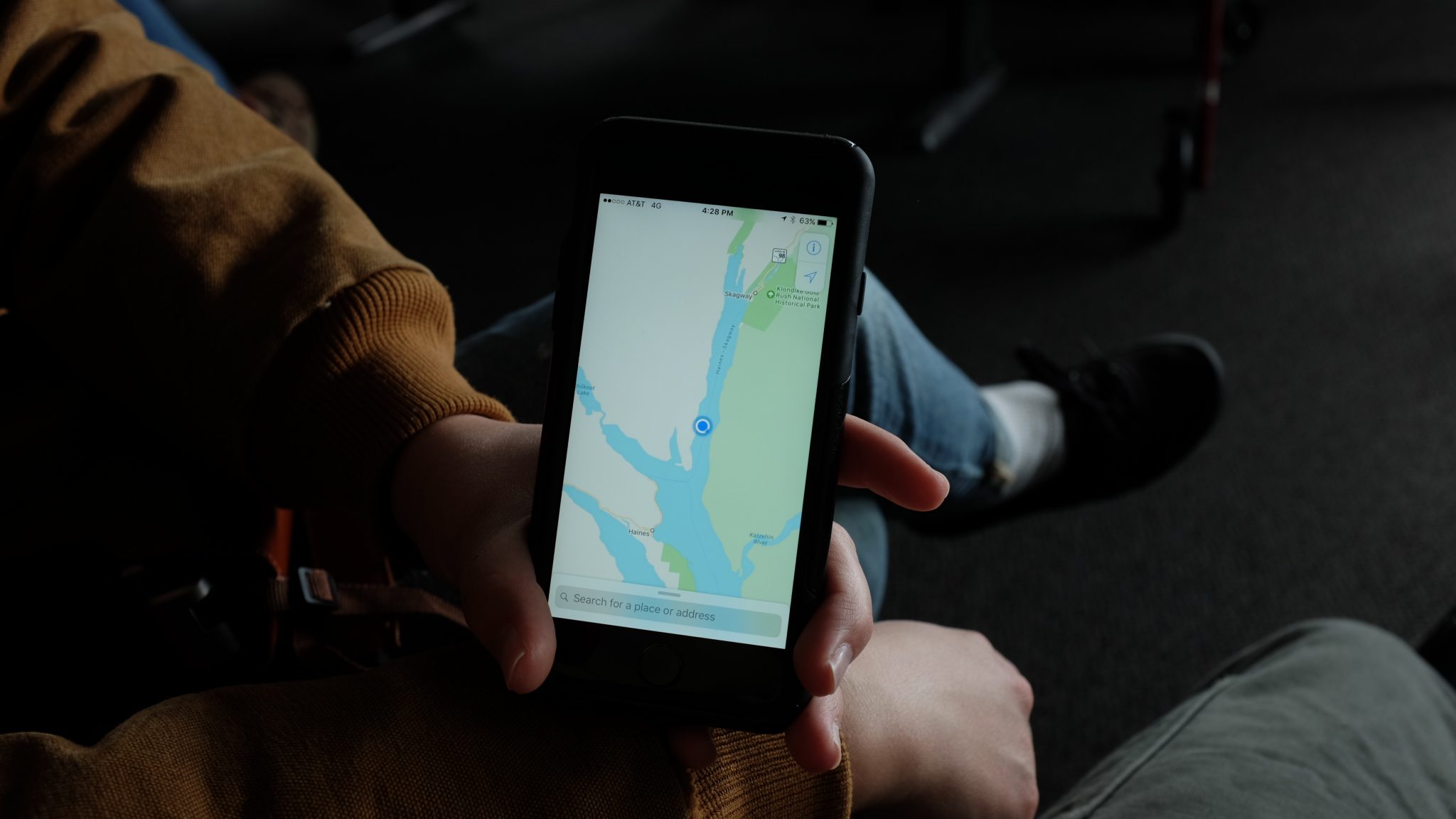 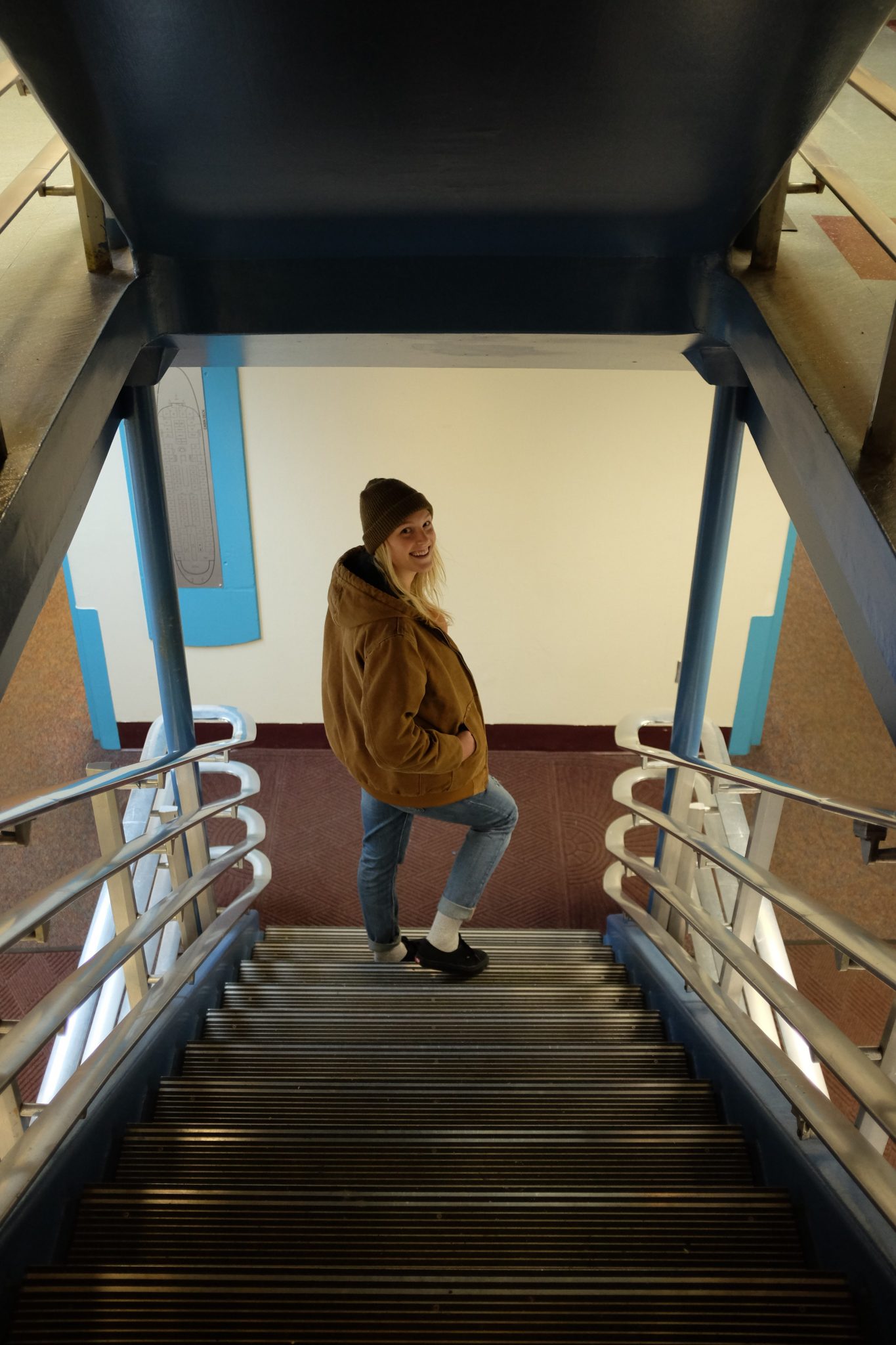 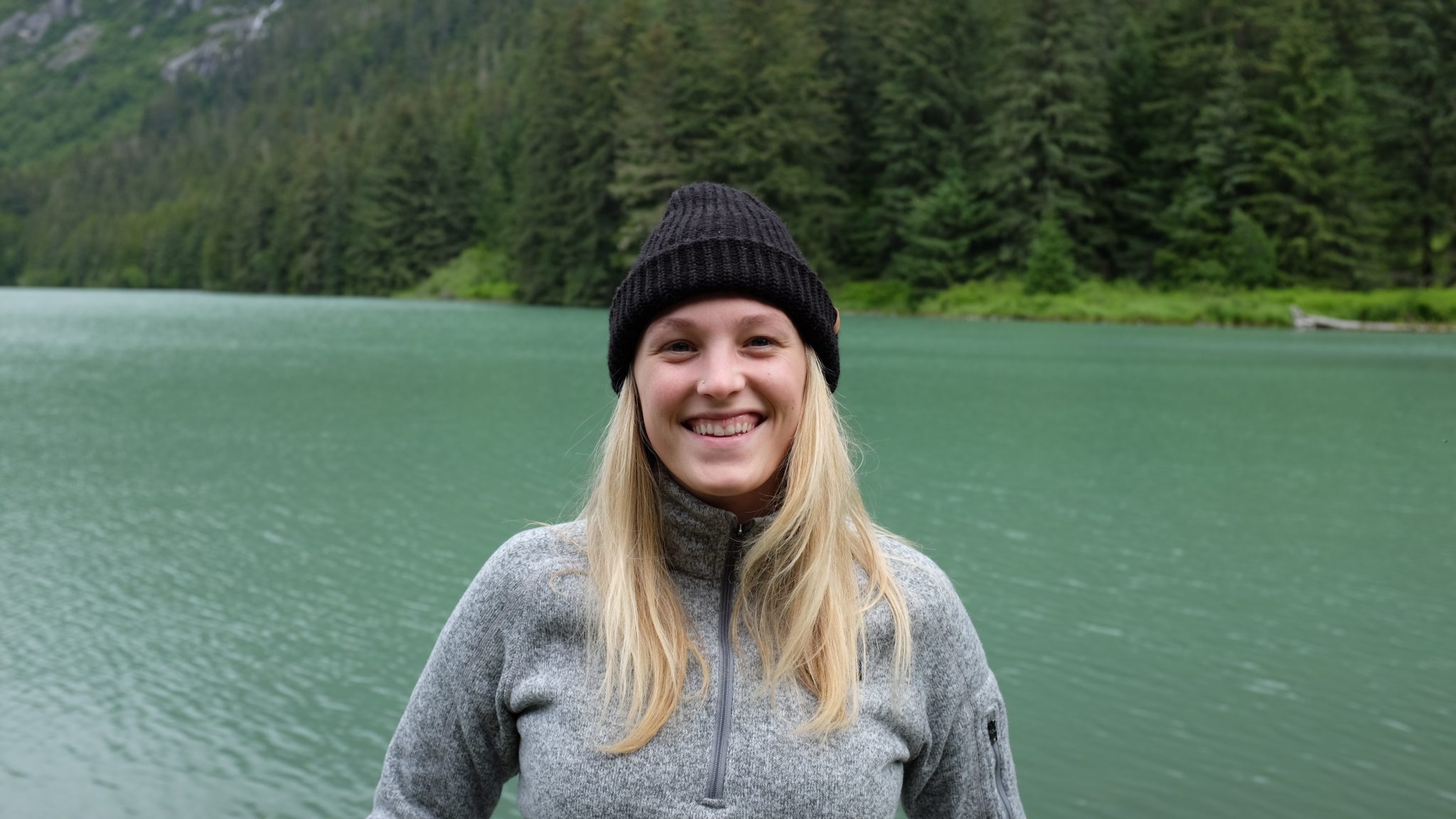 We then headed north towards Haines Junction, entering back into Canadian territory. As we continued north, we had to cross the border again to get back into Alaska, near Beaver Creek/Tetlin Junction. This all might sound very complicated and you’re probably wondering why we chose this route, but Haines Junction is absolutely breathtaking and something we definitely did not want to miss. One of our best primitive campsites of the entire month was along this highway, next to Quill River, complete with our first road shower experience. We have very fond memories of this night, partially because of the beautiful scenery, but also because it was our first experience hitting it off with someone random that we met on the road. A wildlife photographer pulled into our site (we weren’t far from the road) and ended up hanging around the van for a while as we exchanged travel stories and experiences. We still keep in touch with him to this day. 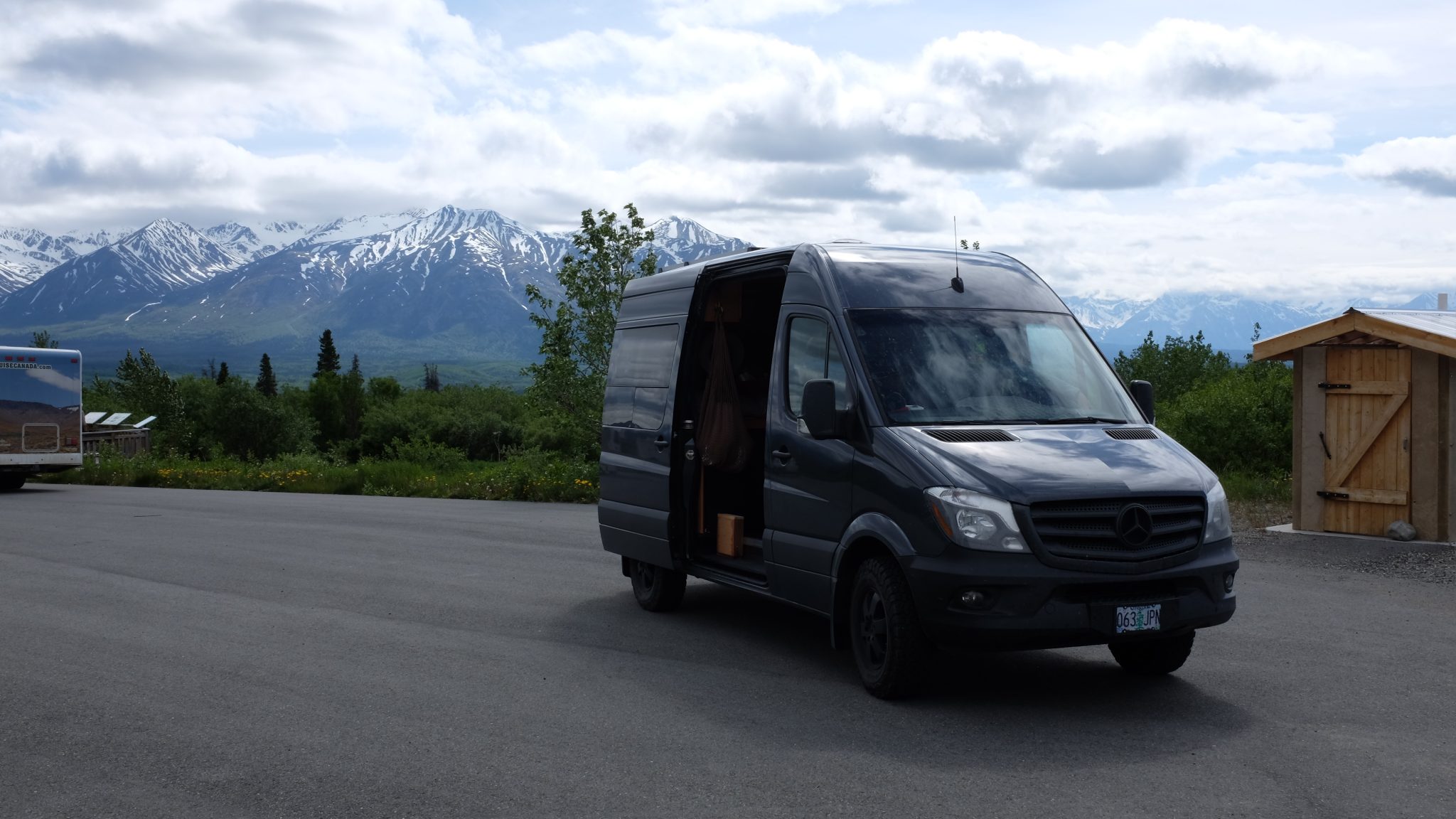 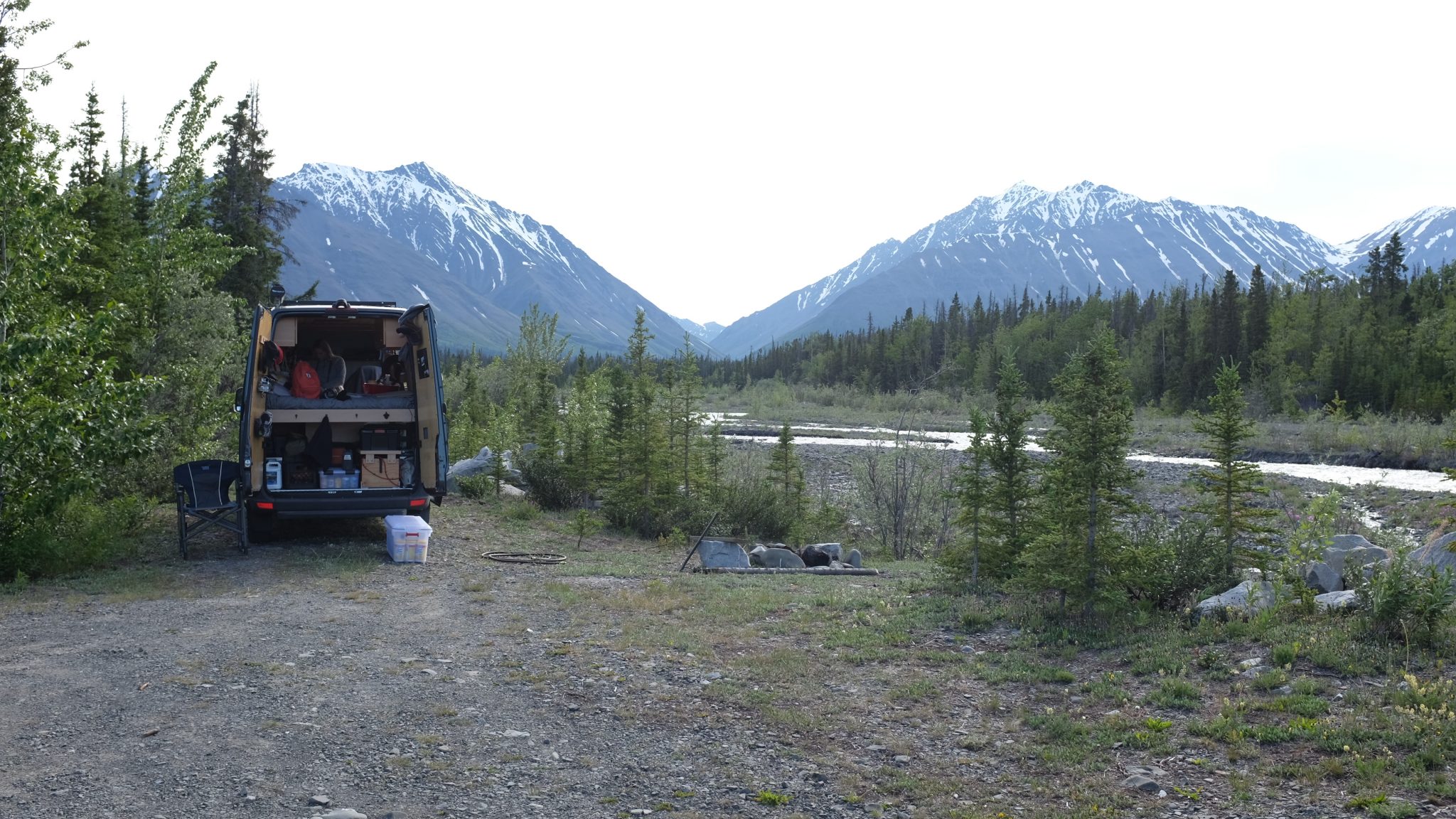 After Haines, we explored a bit more inland, visiting Fairbanks, Chena Hot Springs, 49th State Brewery, and more. We eventually headed south to the Kenai Peninsula, where we spent over a week in Chugach State Park near Girdwood. We hiked around Byron Glacier, one of our favorite experiences of the entire trip and also one of the scariest, as we were told a family of bears was living nearby. The glacier itself was one of the wildest, most beautiful places we’ve ever hiked. 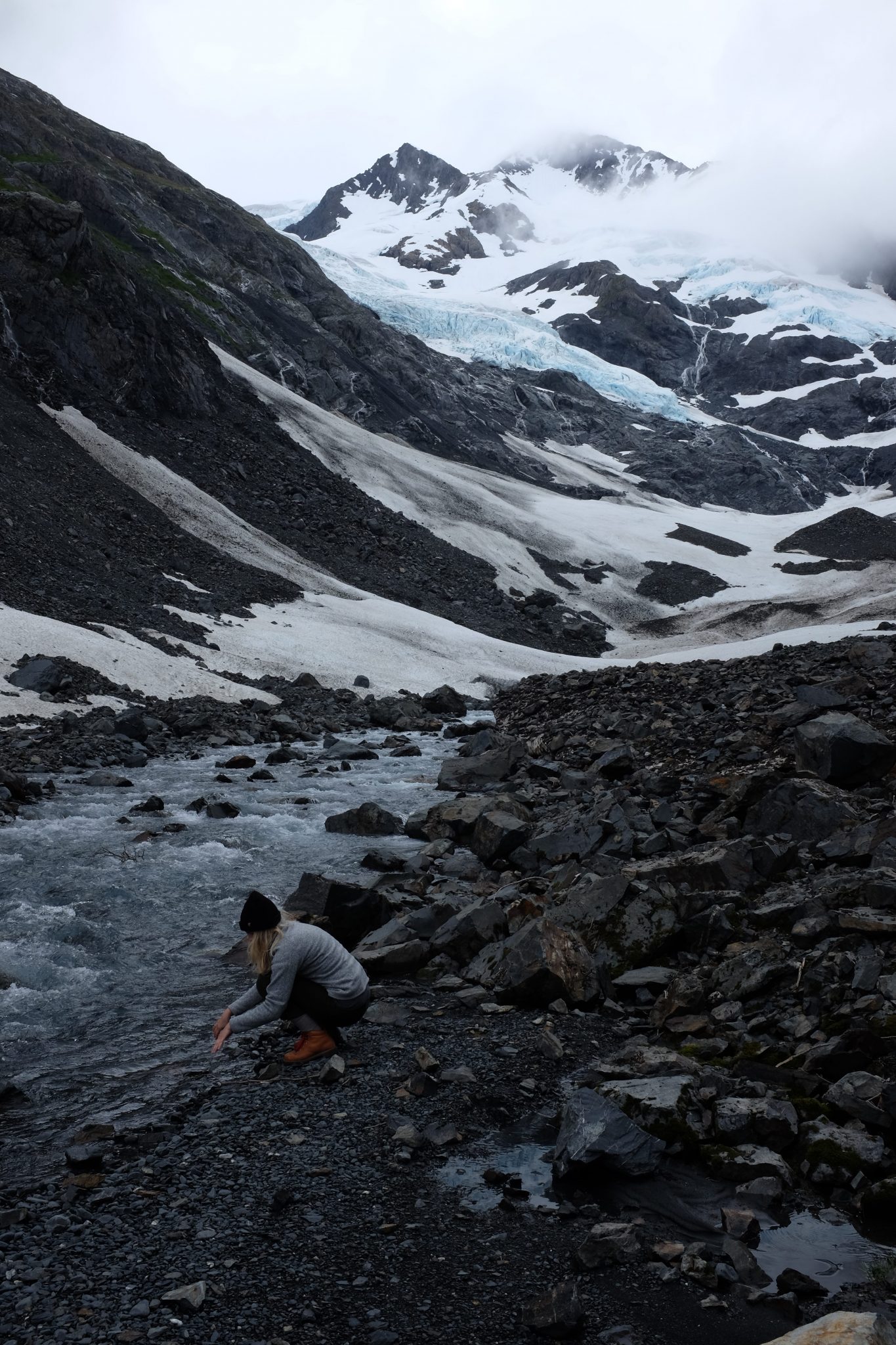 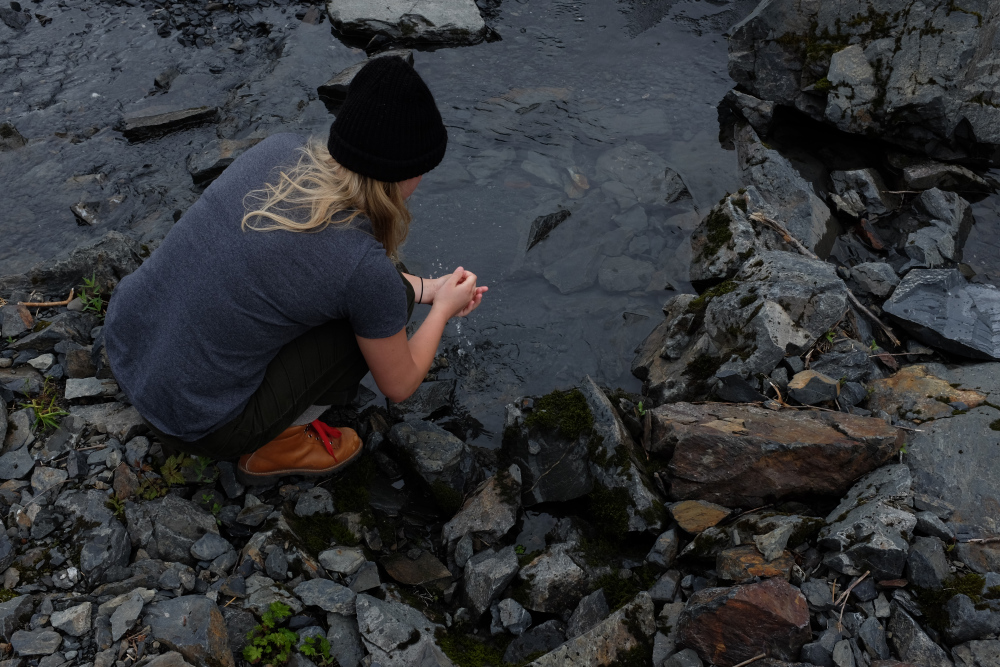 Just past Girdwood, we drove through the longest tunnel in North America, titled the Anton Anderson Memorial Tunnel (spans 2.5 miles) to Whittier, Alaska. We spent the 4th of July in Whittier and celebrated with ice cold, local beer (our waitress in this town was actually from Oregon!) The next day, we began our slow journey back towards Oregon, taking a similar route through the Alaskan Highway. 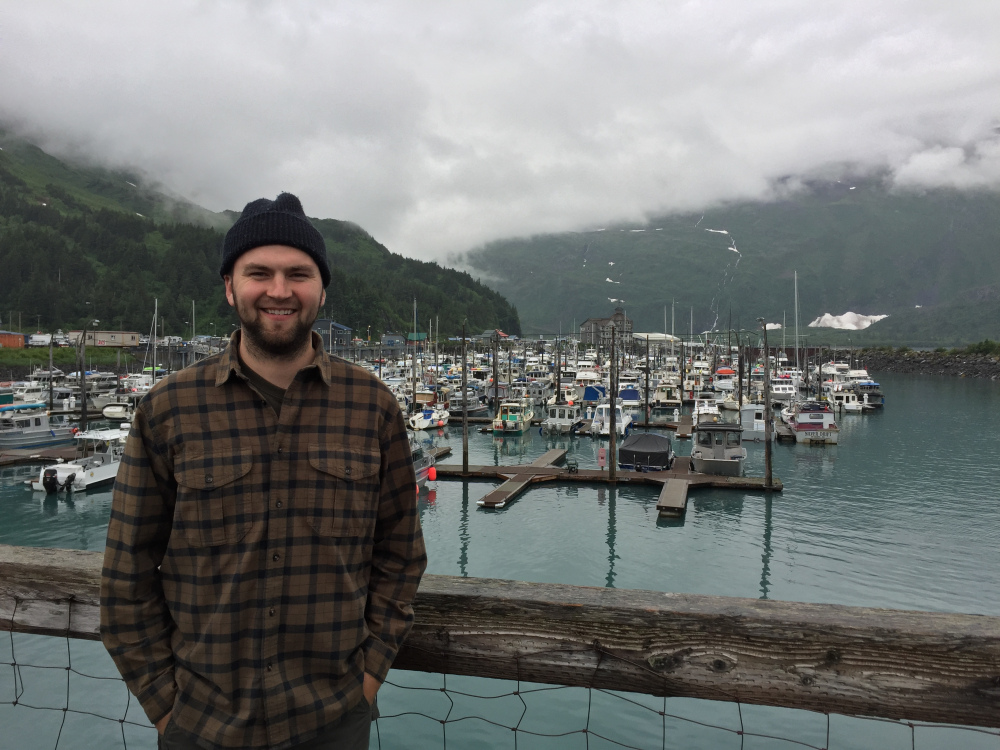 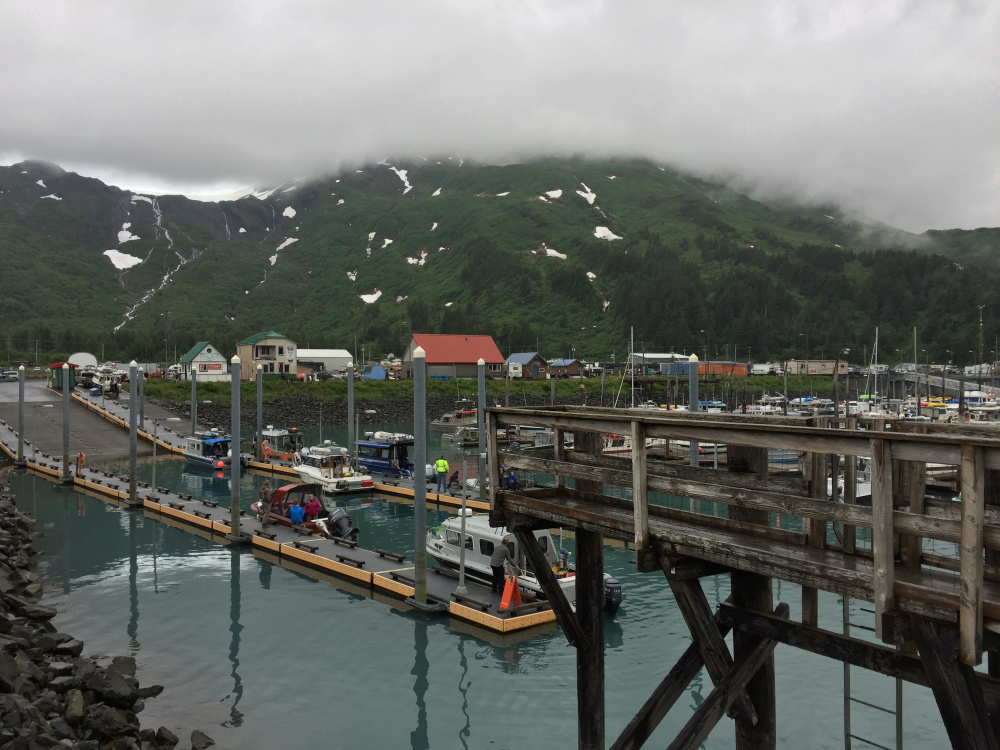 While the roads in and out of Alaska are far from smooth, the state is well worth your time. This leg of our travels was unique from everything else we’ve experienced, with outstanding scenery and wildlife. The anticipation of the long journey to get to Alaska also adds to the excitement when you finally arrive. Even though we drove over 7,000 miles in our first month on the road, we only explored a fraction of the state. It is much bigger than we originally realized and has so much to offer. We used to say that we wouldn’t drive if we were to ever visit again, but after reminiscing on this amazing adventure and remembering how wonderfully wild Alaska was, we just may begin planning another road trip up north… 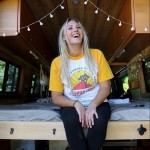 Established in 2015, our relationship has been nothing short of adventurous paired with a shared appreciation for beanies, beer, and 5/6 letters of our last names. Embarking from Portland, Oregon we are following our philosophy of doing life a little differently by living full-time in our converted Sprinter. We love reconnecting with old friends and expanding our network as we travel around North America. Follow our nomadic process as we explore our country in our new 62 square foot residence.