20 of the Most Unconventional Camper Vehicles

20 of the Most Unconventional Camper Vehicles

When converting a van, bus, or other vehicle to live in, there’s a lot to consider and everyone has varying priorities. Some take a completely different approach to building their camper. Uniqueness and a DIY mentality run through some peoples blood like no other.

Some of these campers are cute, some are weird, and some are just downright ridiculous. No matter how impractical some of these campers may be, you can’t help but smile (or laugh) when you see them. Building your own home on wheels is a labor of love, so if you’re going to do it, do it your way. 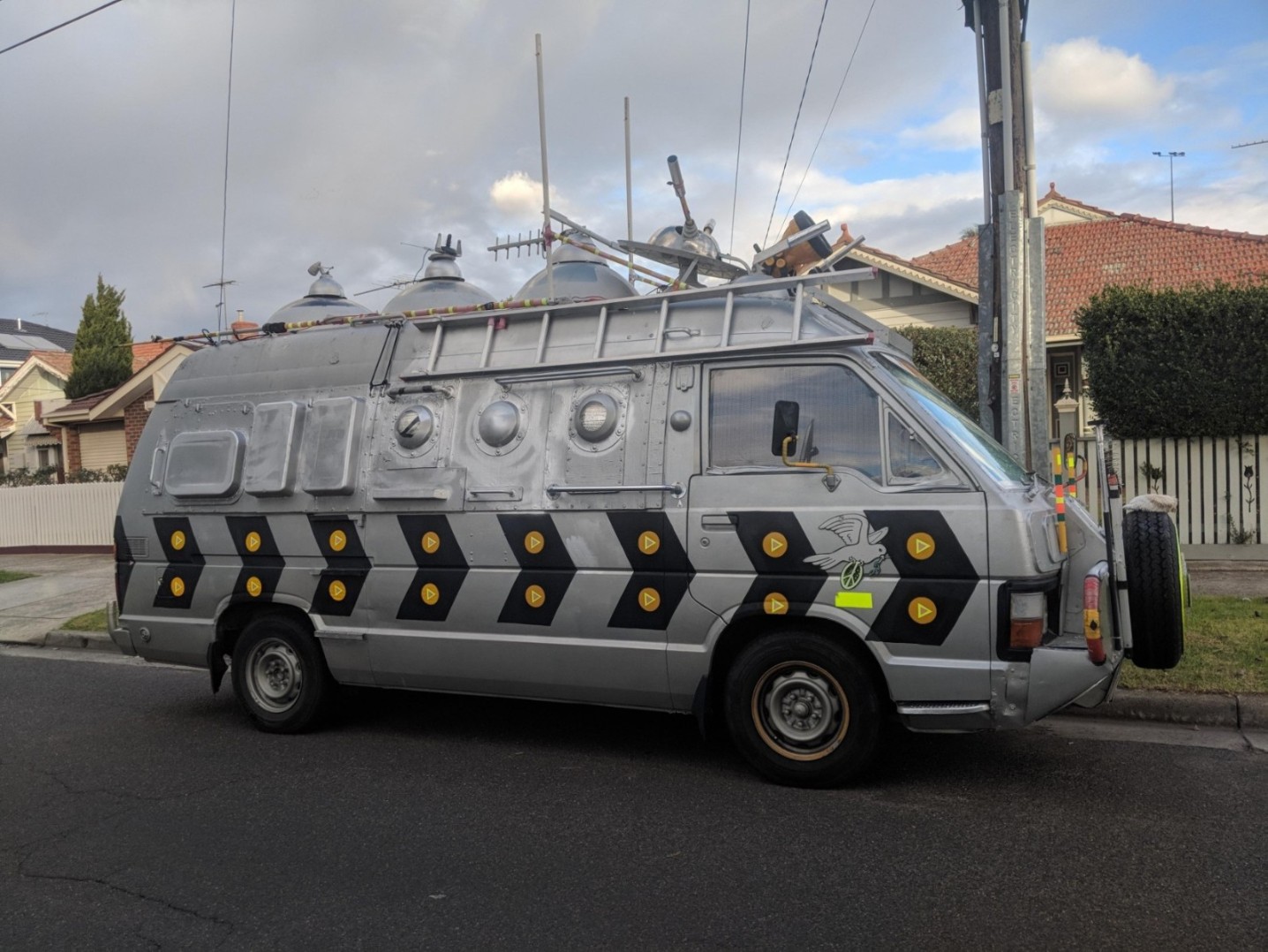 This van has a painting of itself going on an adventure and I love it. 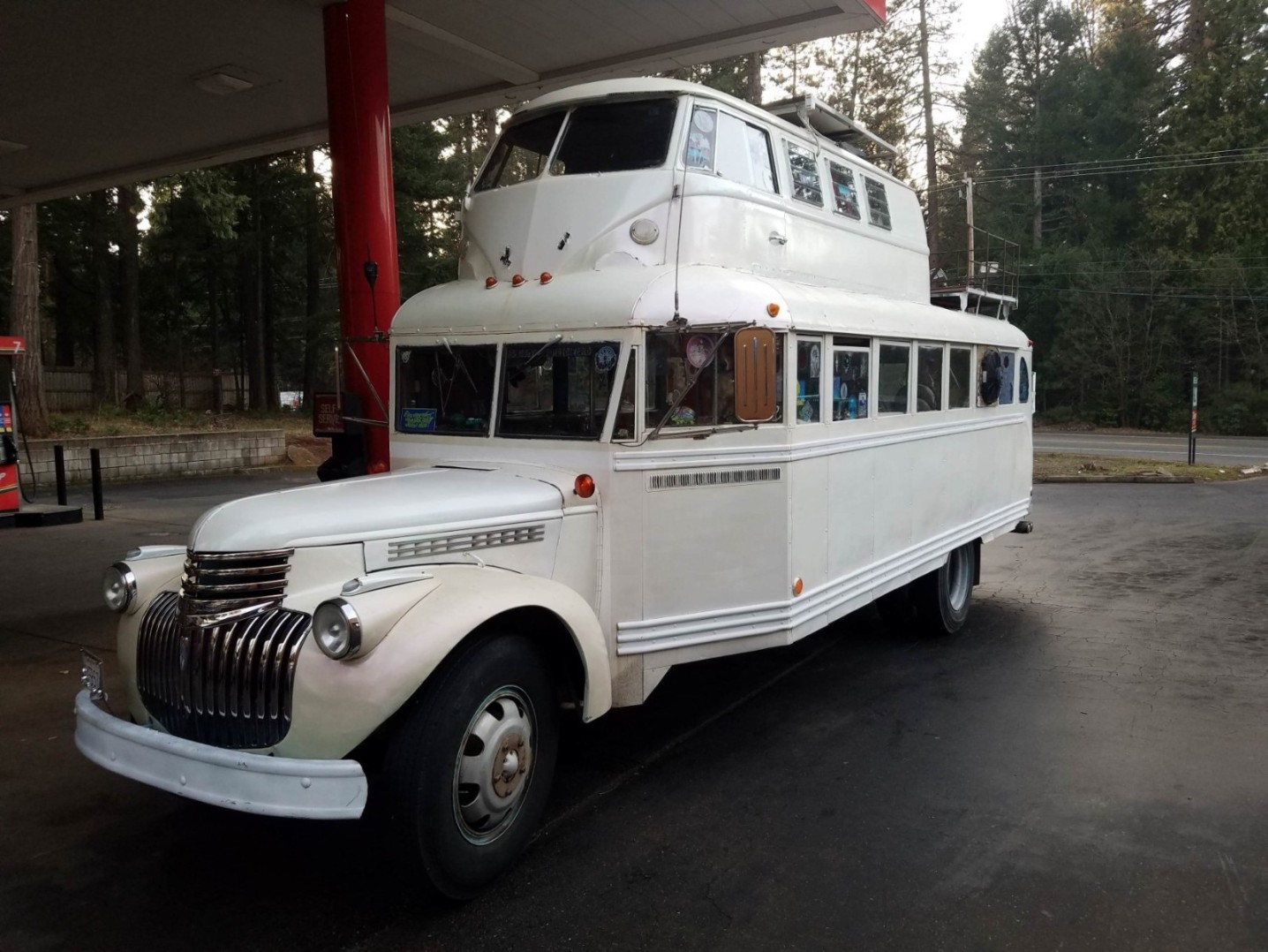 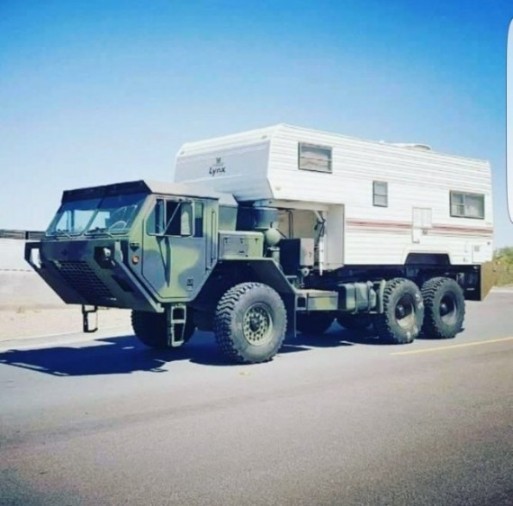 Good luck telling these folks to move their rig in the middle of the night. You might just start world war 3. 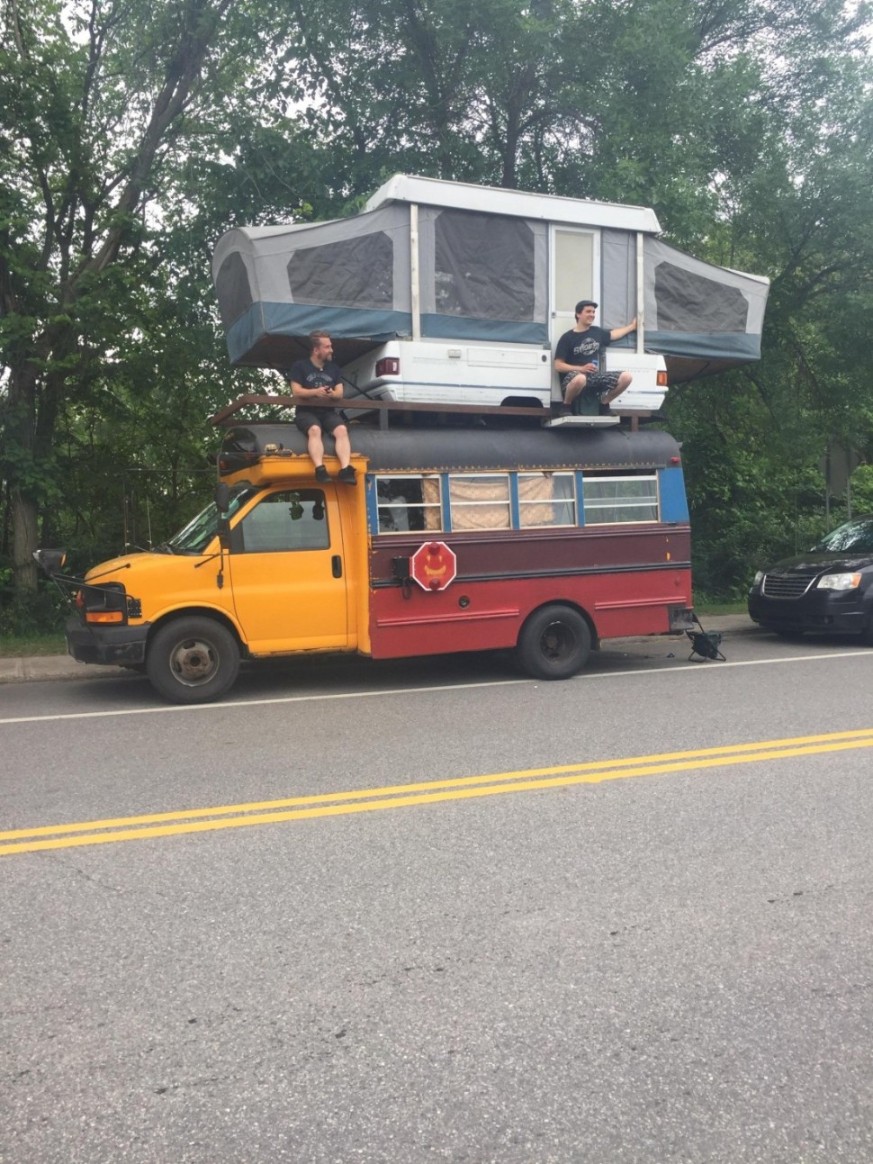 This is the outcome when festivals tell you it’s an extra $50 per vehicle. 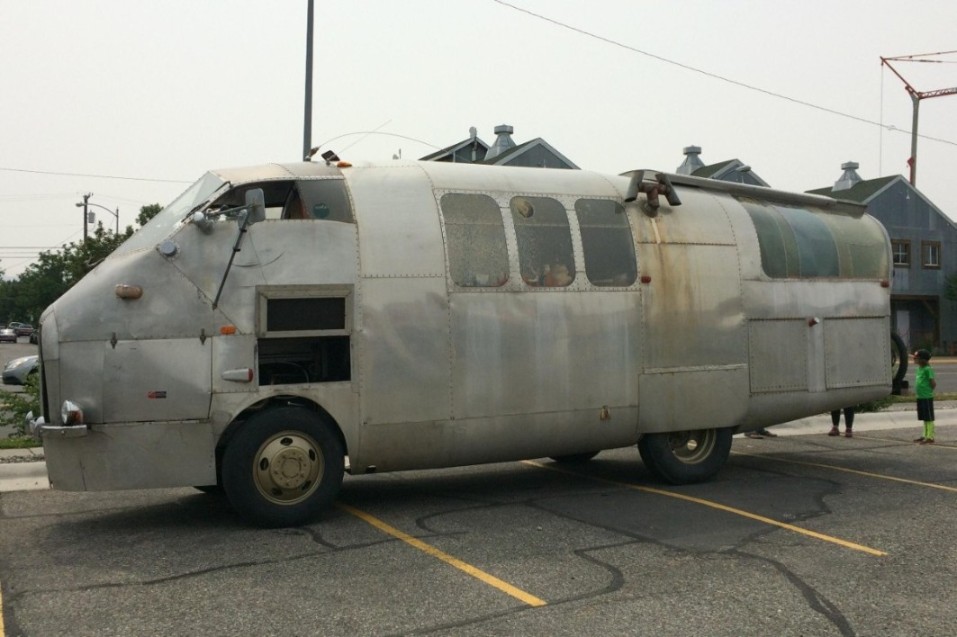 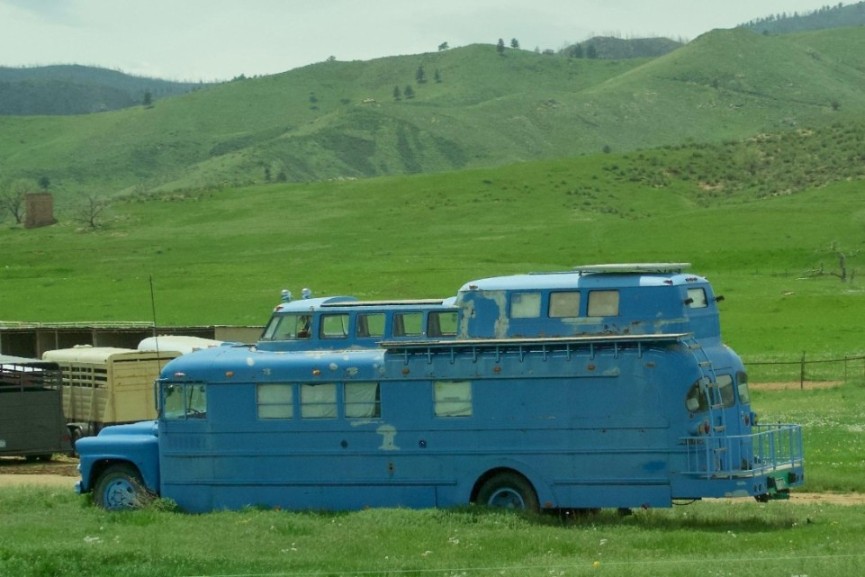 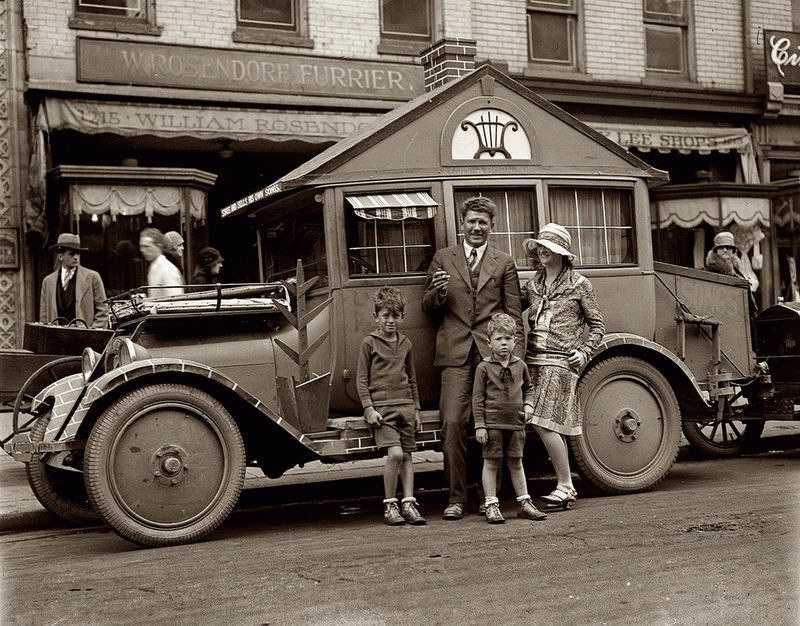 This is too cool. I’m not entirely sure what time period this is, but it’s sometime between the early to mid 1900s. A little fun fact for you: the first motorized campers were built in 1910. 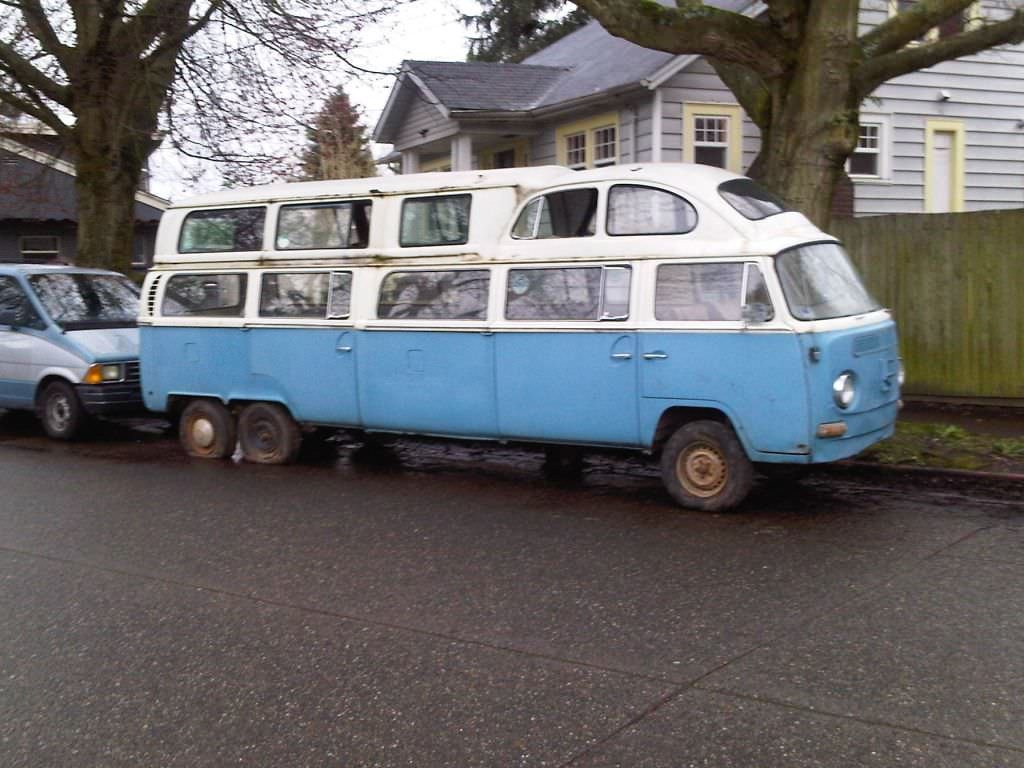 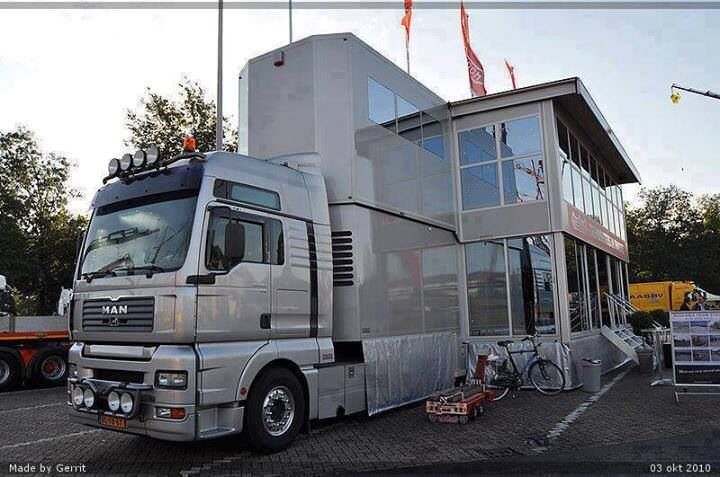 I’m guessing you’ll get about .00001 MPG on this hog. However, I don’t think this is actually someone’s camper because you can see that there’s some business looking signage on the side of camper above the stairs. 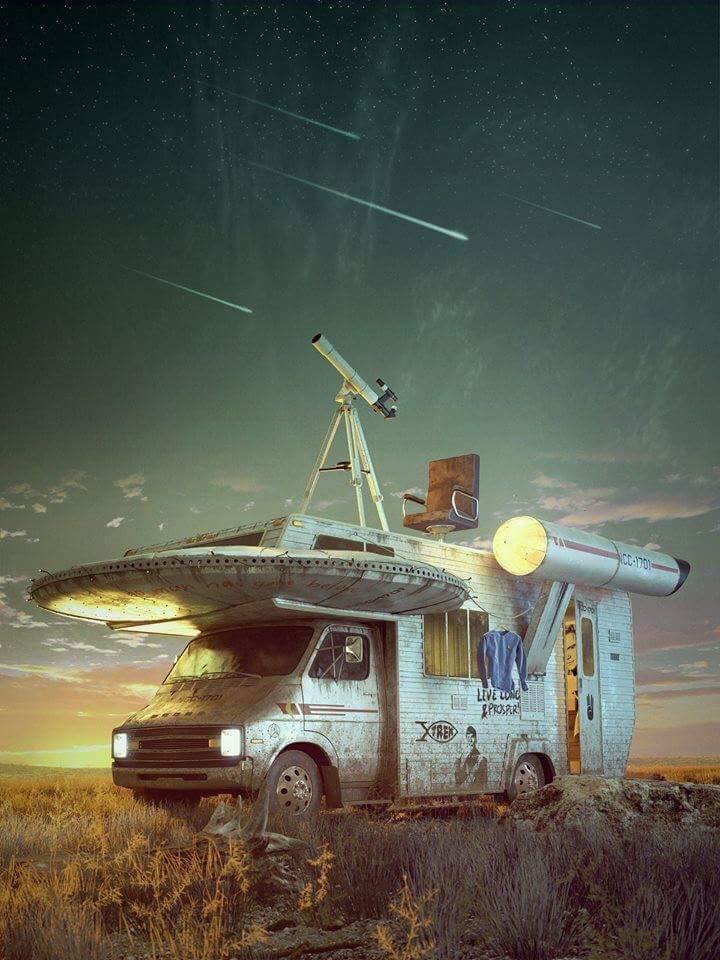 If only this was real. Or is it? 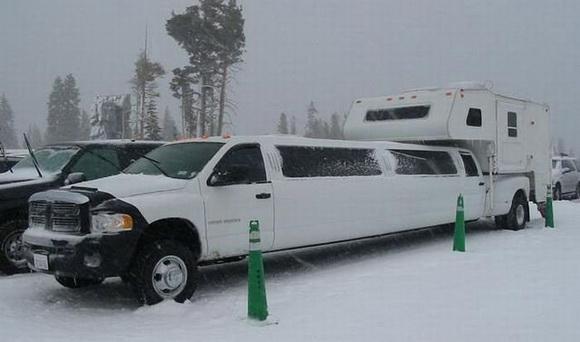 For those that want to feel like a rock star 24/7. 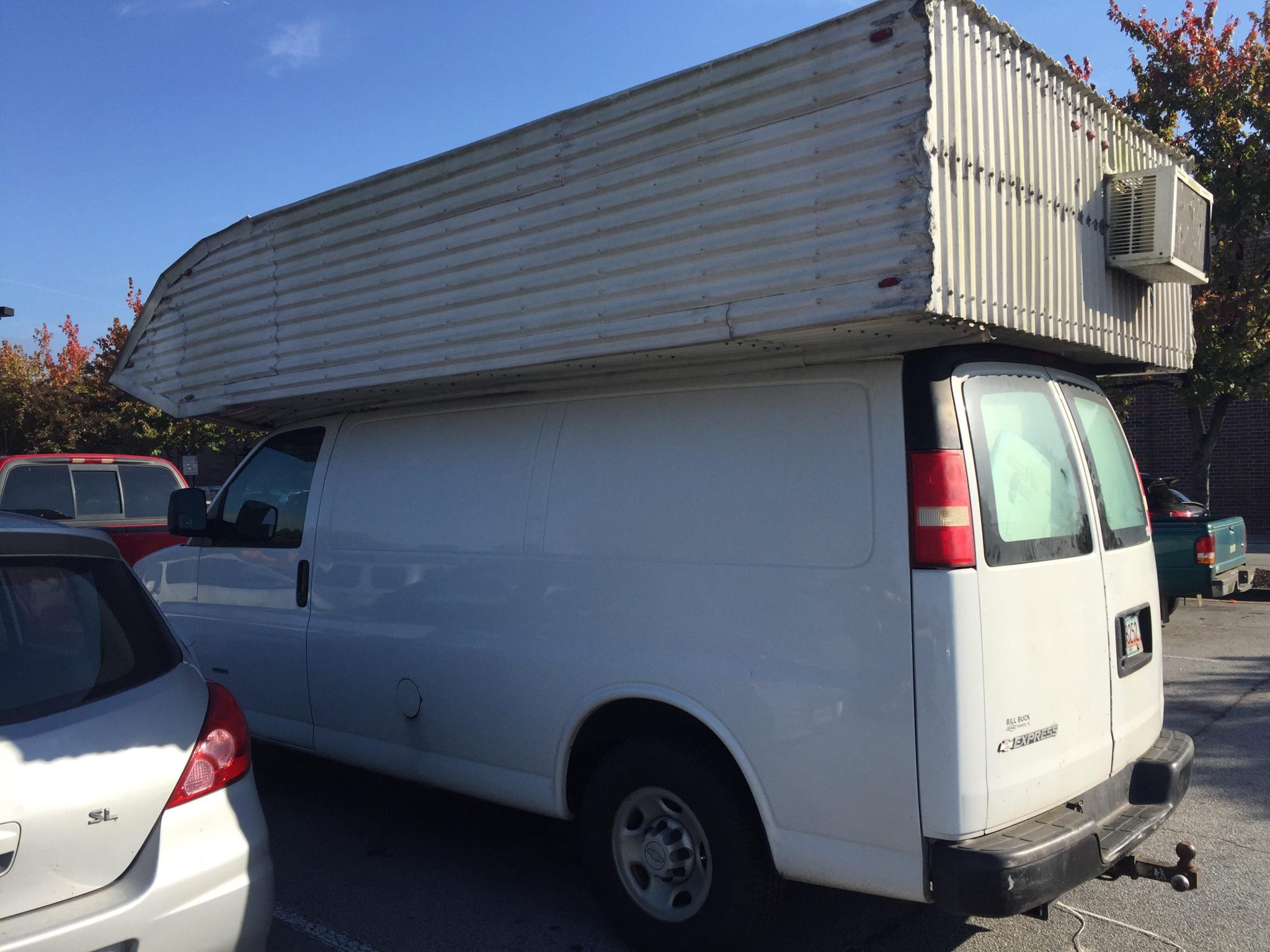 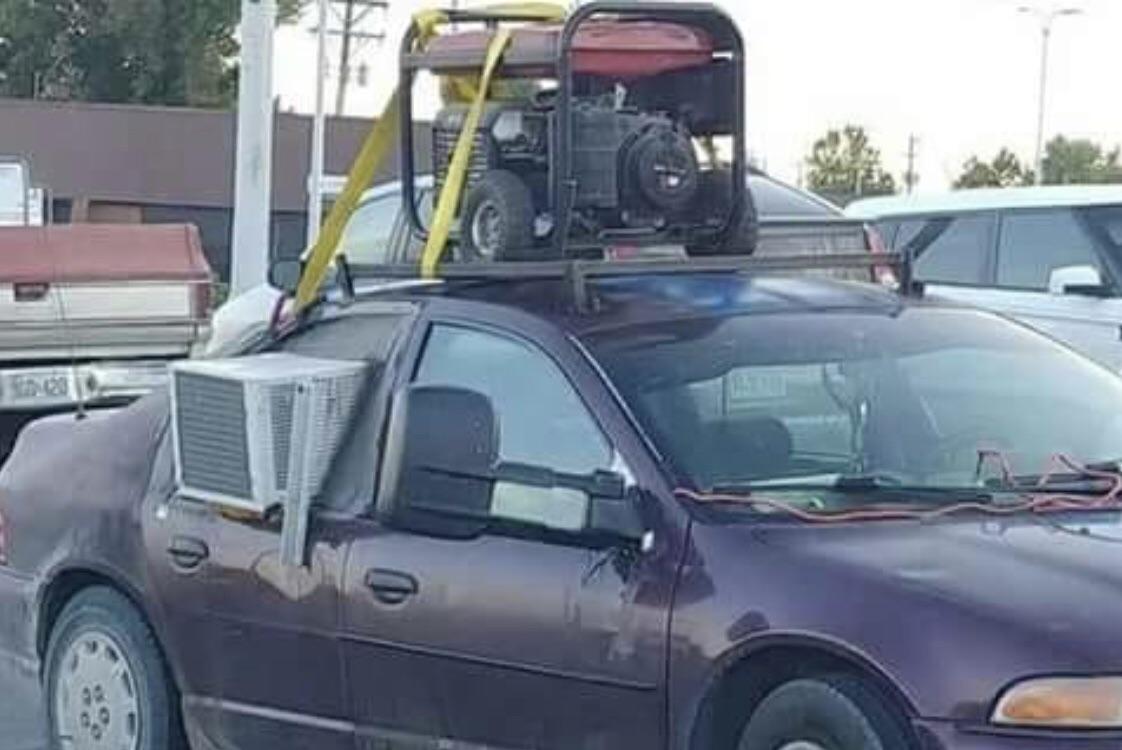 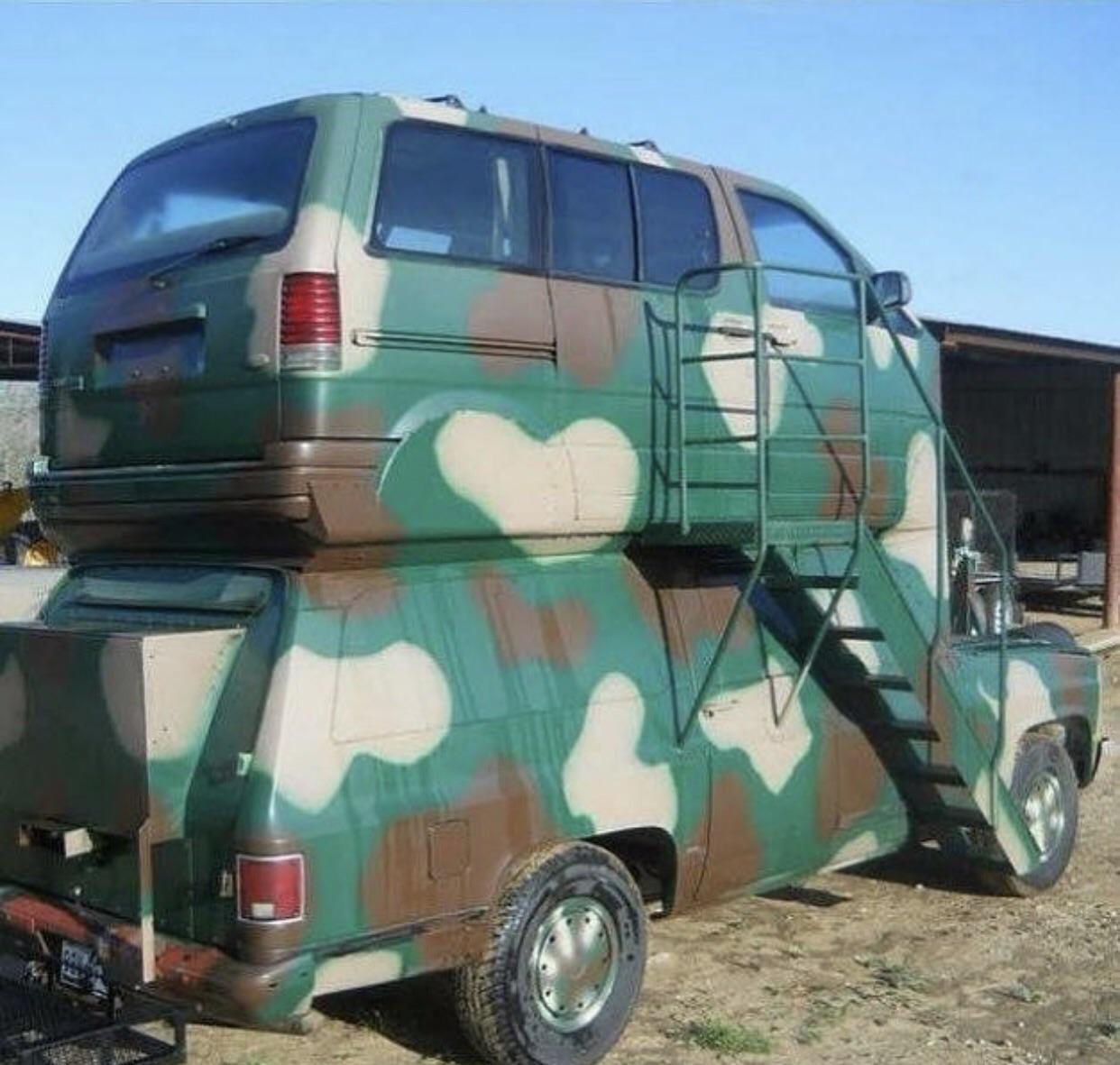 A double-decker camo camper. A stealth camper if I’ve ever seen one. Take notes. 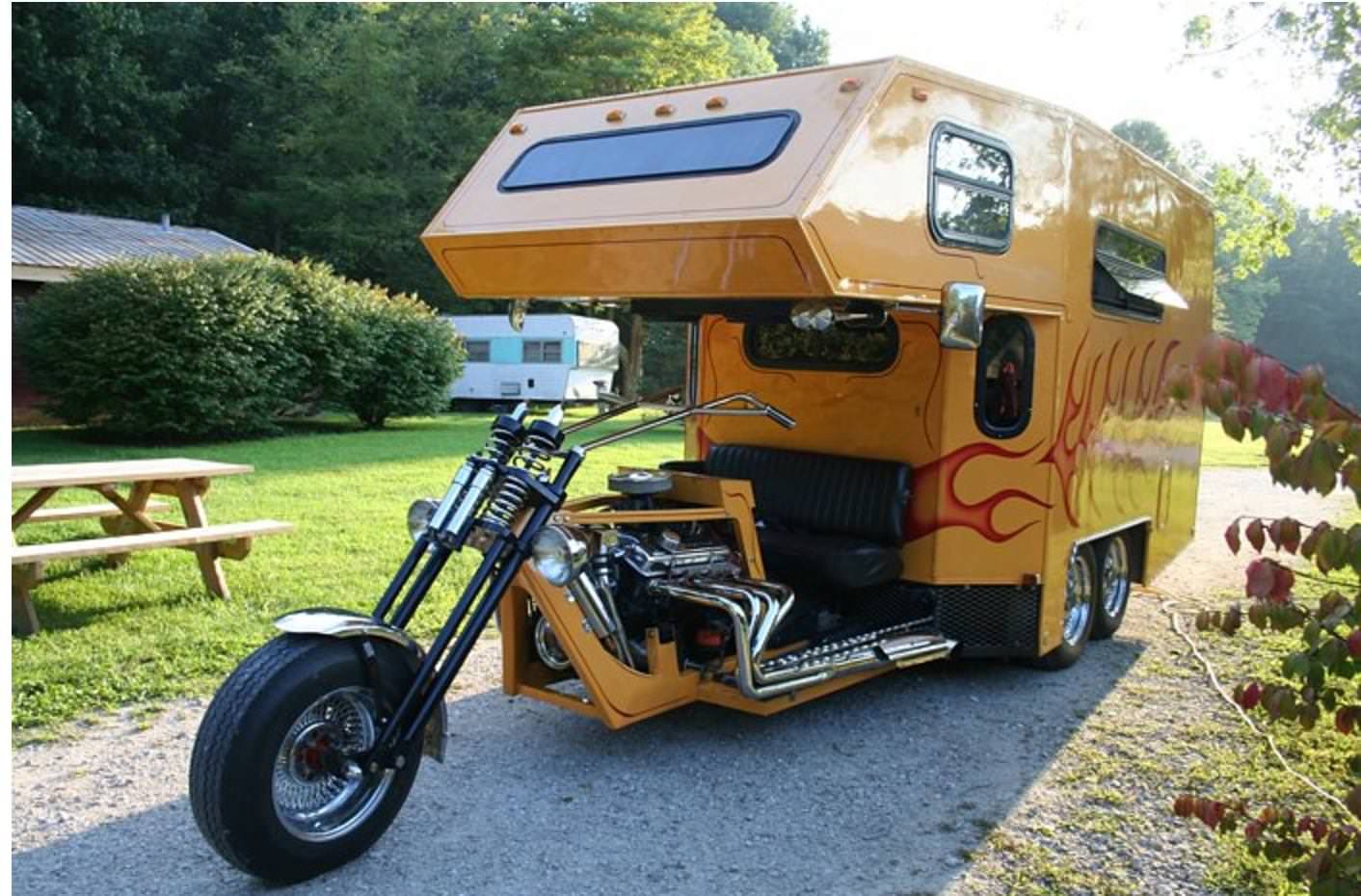 Stay on the lookout for the new Netflix show, Campers of Anarchy. 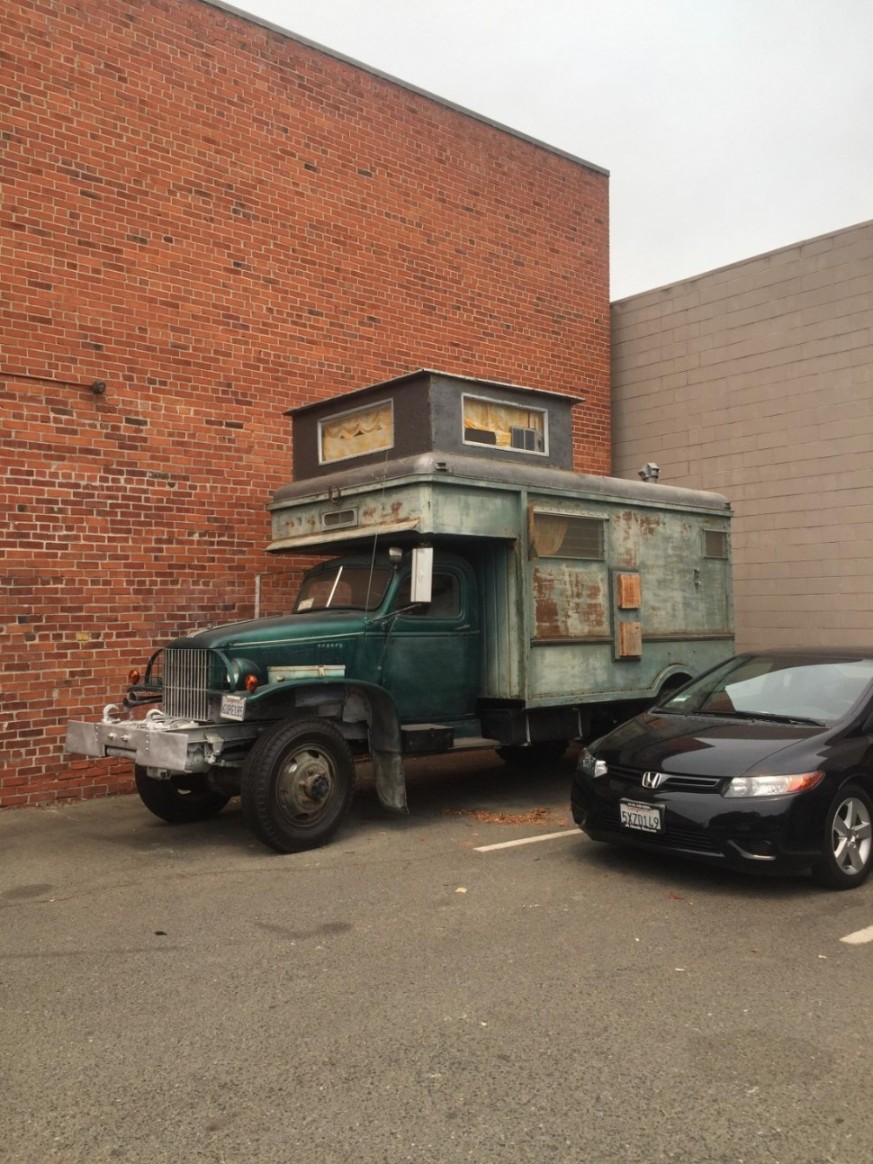 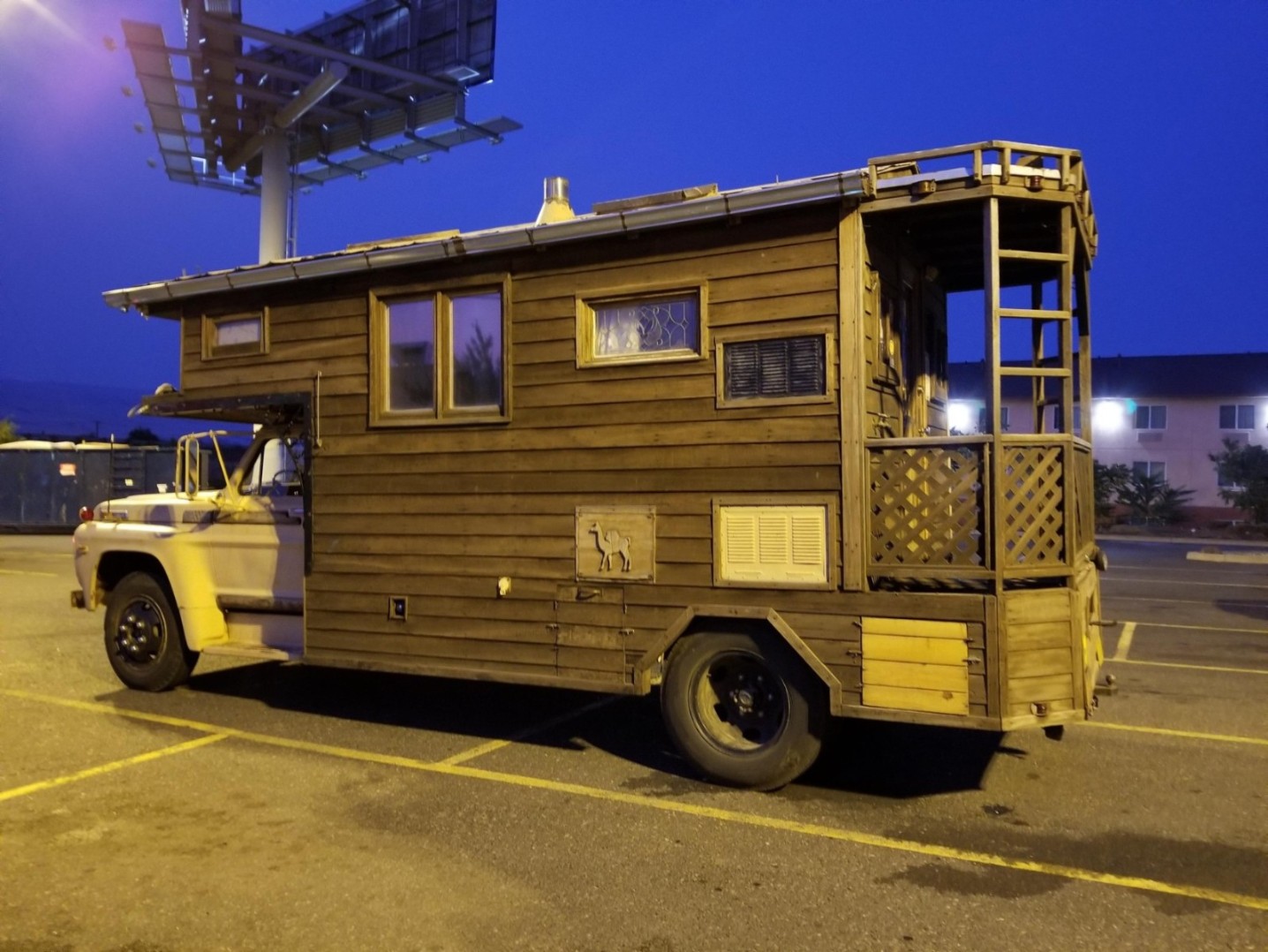 A true cabin on wheels. The back porch is a nice touch! 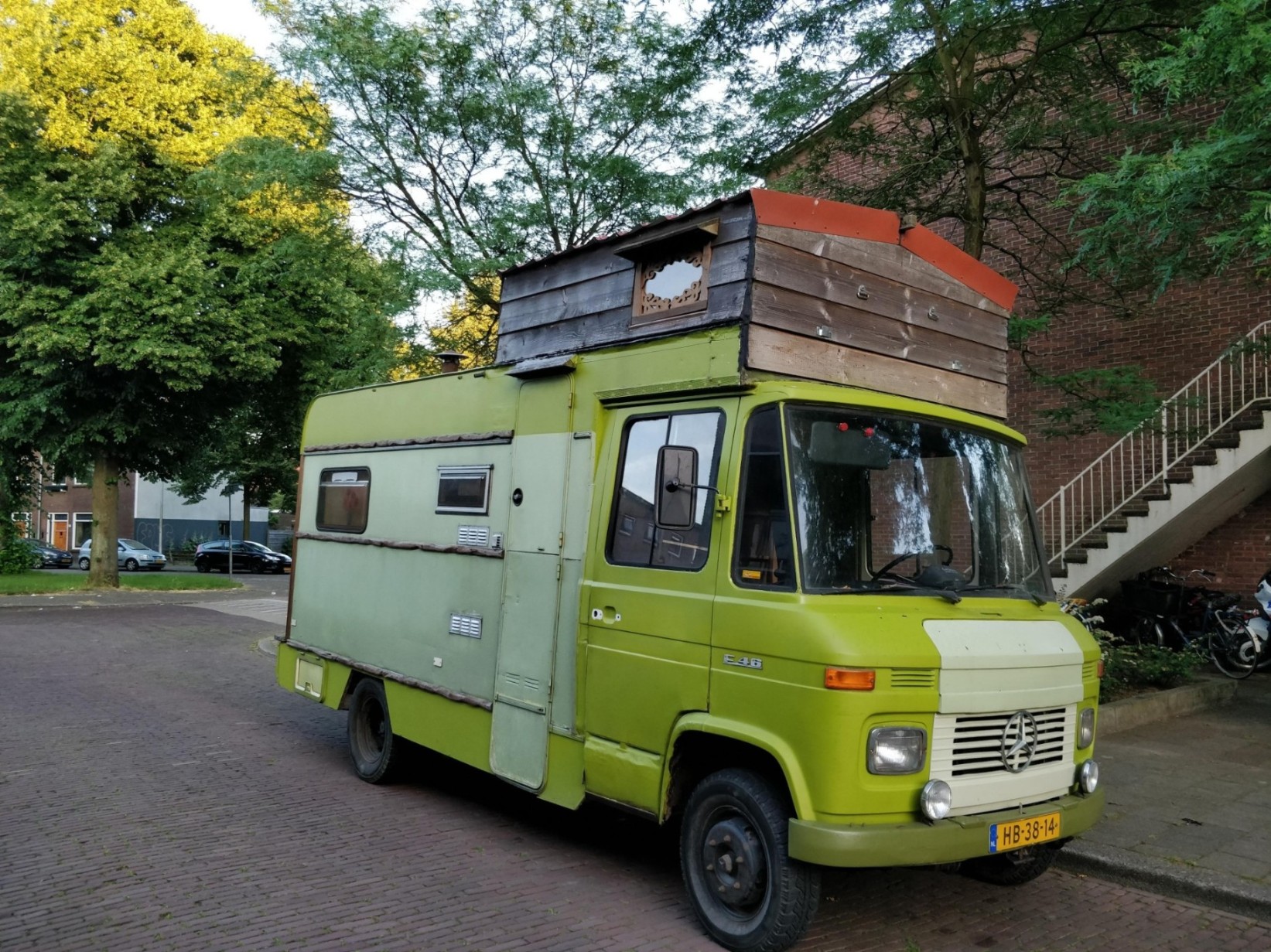 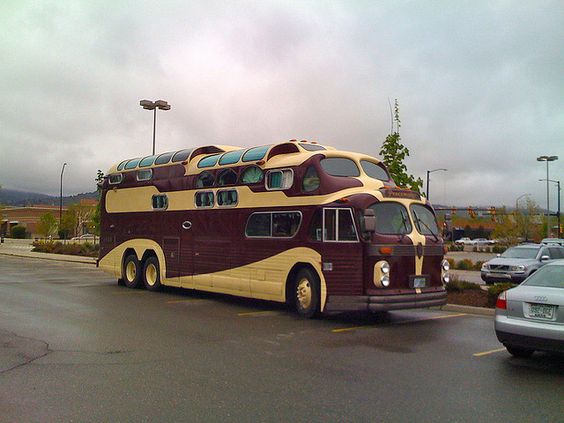 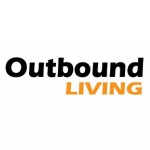