In the world of camper vans, there seems to be no limit when it comes to conversions other than the creativity and persistence of the human mind. What once was a niche concept has grown into an ever-expanding world of conversions and high tech rigs. The world has seen camper vans come from names like Mercedes, Volkswagen, Ford, and Toyota, Hyundai is now adding its name to the game.

Camperliebe, a small German startup, is known for their innovative camper van conversions. The Hyundai 350 is their newest project. Before the conversion, the Hyundai 350 already touted a 168-hp diesel engine, with modern driving technology that adds to its sleek and high-tech feel. However, Camperliebe went ahead and converted it into a completely livable vehicle, adding four sleeping areas and a bathroom, all while maintaining a control system that is entirely tablet-based. 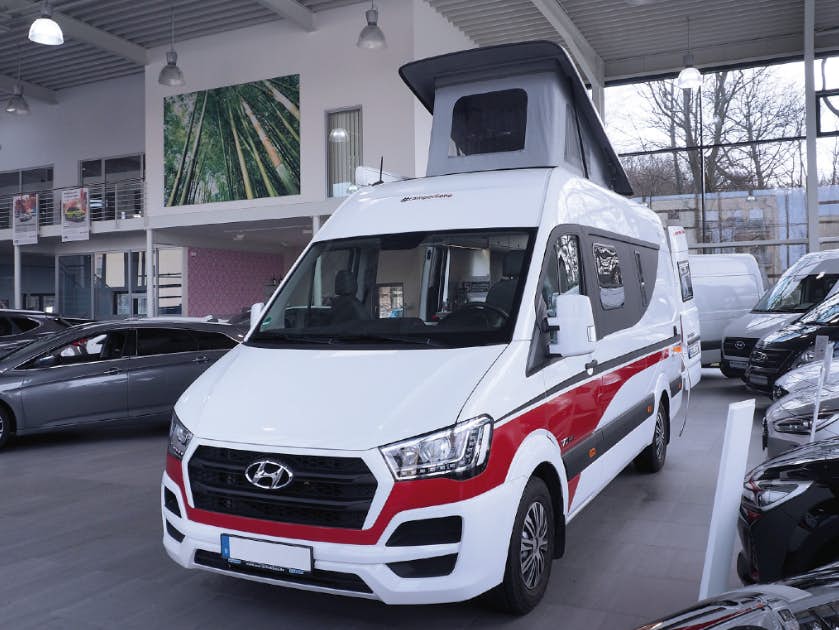 Camperliebe is comprised of five individuals, and their decision to pursue the conversion of a Hyundai, as opposed to a more traditional camper van model, seemed rather unconventional. However, Camperliebe sought out the Hyundai 350 because of what they consider to be a “perfect base” for a motorhome.

One major appeal to the Hyundai 350 as opposed to other camper vans is the efficient technology system. The H350 was designed to accommodate a command tablet, which controls various aspects of the interior design. The presence of an effective technology system is a huge aspect of appeal for any professional looking to take their work on the road. This tablet controls everything in the interior from water to temperature to the lighting to monitoring the battery. 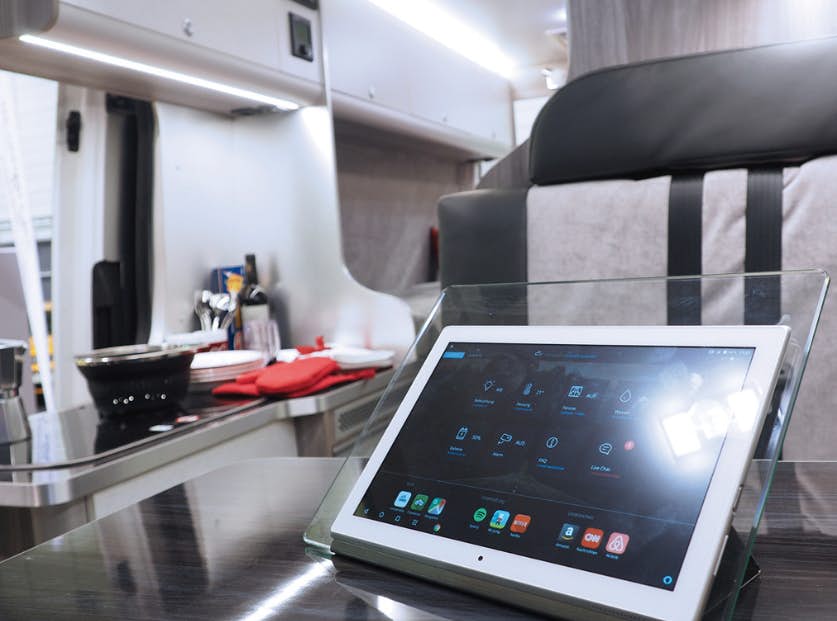 The inside of the Hyundai Campervan is made from a high-pressure laminate, whose light color adds to the airiness and modernity of the van. The camper van can both safely and comfortably seat and sleep four individuals, due to the fact that it has two beds, a pop-up roof mattress, and a mattress in the rear of the van. In addition, it has swivel driver and passenger seats, along with a two-seater bench, to easily accommodate multiple people.

Camperliebe did not sacrifice comfort or utility for compact space utilization. The van has both a bathroom and a kitchen, both fully equipped yet simultaneously slim, so as to not add a significant amount of space. The bathroom has a shower, sink, and toilet, and the kitchen has everything from a stove to a refrigerator to yet another sink. The van also is home to a full awning, a 95-Ah AGM battery, heater, and both gray and black water holding tanks. 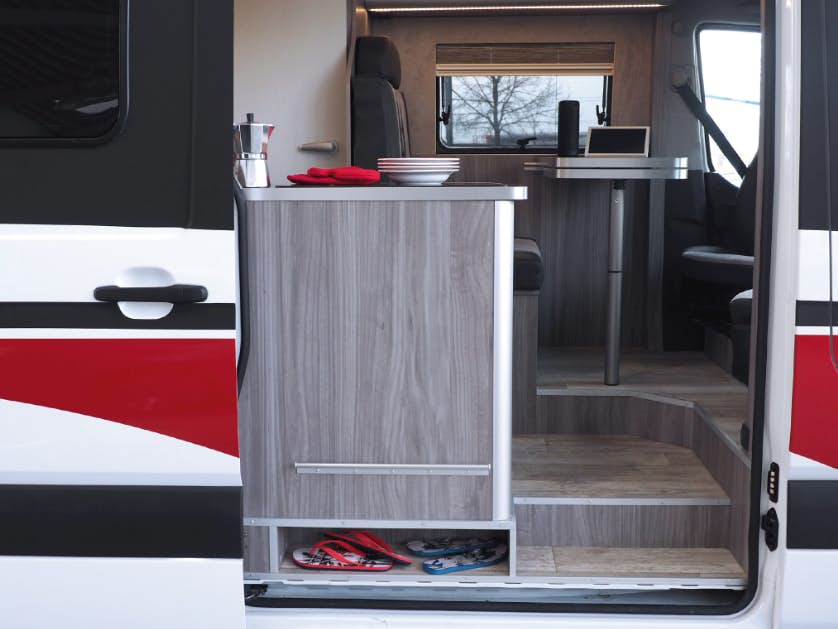 Currently, the Hyundai conversion H350 vans are being sold for $34,000 to $68,000, since the full van runs higher than Camperliebe’s conversion on the customer H350 vans. It was first premiered in Berlin in early 2018.

The Hyundai H350 serves as evidence to the advanced growth of international camper van conversions. With each new model comes further technological advancement and the further creation of a culture that accepts alternative ways of living. 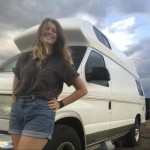 Katie Harris is a remote university student, currently traveling alone through the United States in her 1998 Ford van in order to film a documentary on solo female travel, open herself up to the world, and experience the challenges and joys of nomadic living. Read about her travels at byvanandbyfoot.com.

Is the Hyundai available in the states?